Based on MOC image M17-01035, the gullies visible in this southern hemisphere crater were thought to occur on top of dunes. This HiRISE image reveals that the dunes are actually probably extensional fractures along the crater wall.

The debris aprons formed on top of the fractures indicating that gully activity was more recent that the fracture formation. Interestingly, the morphology (shape, size) of the gullies varies at different locations along the crater wall. The alcoves (source regions) of the south-facing gullies appear to be deeply cut into the wall, while the alcoves of the southwest-facing gullies are almost non-existent. It is unknown what causes alcove shape, but the resistance of the surrounding rocks and amount, if any, of water activity might play a role.

The crater floor has a lobe-shaped feature on its northern half. This feature might have formed when ice-rich material flowed off the crater wall onto the floor. This may be related to the extensional fractures underlying the gullies. 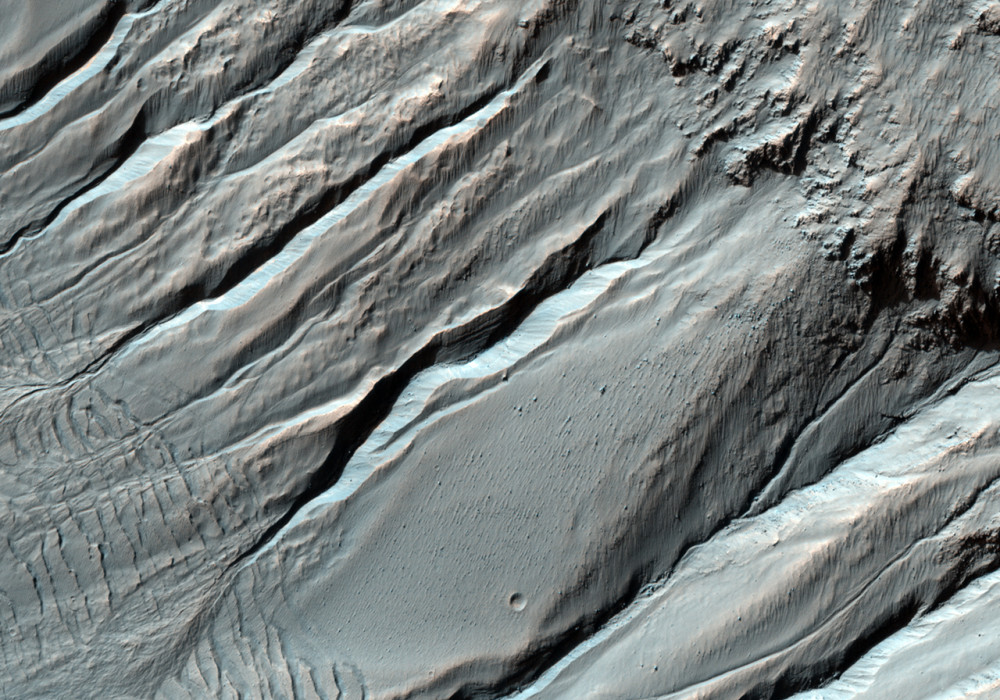