Having operated at Mars for more than seven years, MRO and the HiRISE camera continue to make new discoveries. One of these is that many sand dunes and ripples are moving, some at rates of several meters per year.

In this observation, a dune field in a Southern hemisphere crater was observed approximately one Mars year apart, first on 2 September 2011 and then again on 11 July 2013 (a year on Mars is 687 Earth days). By taking images at the same time of year, solar illumination angles are the same, so that subtle apparent changes can be linked to true displacement on the surface and not artifacts.

In these two images, there is little distortion (a digital elevation model would remove more distortion). Here, we focus on the southern and northern part of two adjacent dunes. With an animated image , the displacement of ripples on the dunes relative to nearby rocks and dark ripples are clearly visible. It seems that the ripples on the southern dune are moving northeast, while those on the northern dune are moving west, indicating complex winds in this area. The static dark ripples may be composed of larger grains than those in the dunes and are therefore harder to move.

In most areas of Mars, darker-toned ripples are more mobile than lighter ones. This area is different, demonstrating that continued imaging of the Martian surface results in new findings and revisions of ideas. 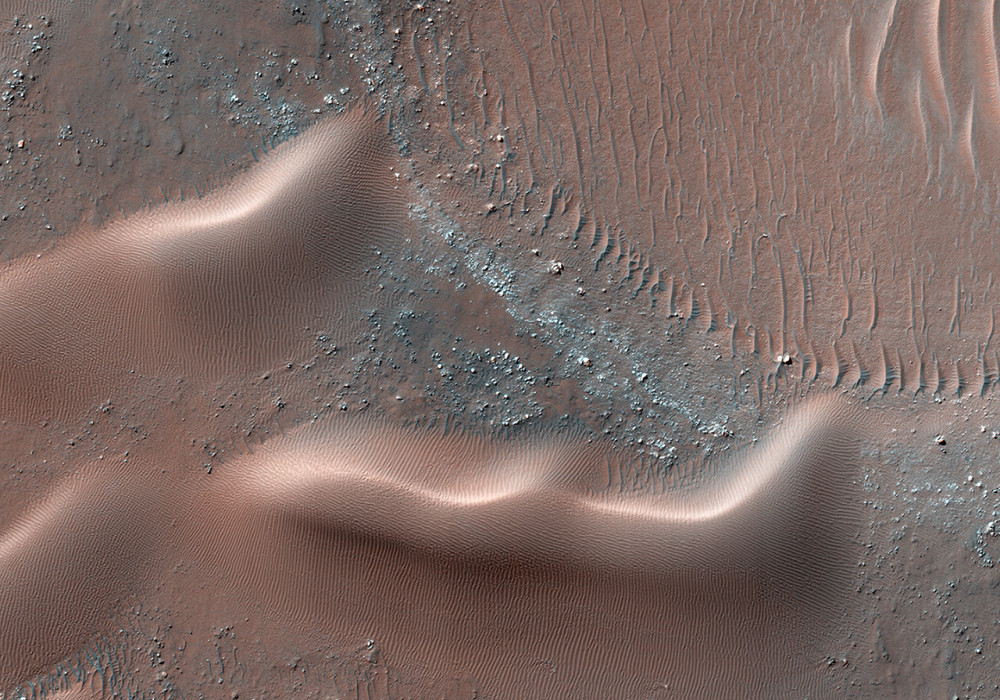