There is evidence of phyllosilicate material (clays) throughout this region, named Nili Fossae. The evidence comes from the OMEGA experiment on the European Space Agencys Mars Express spacecraft and CRISM on the Mars Reconnaissance Orbiter, infrared spectrometers that can identify minerals on the surface of Mars.

In the Nili Fossae region, the spectrometers have found remarkable diversity in surface composition. Because of the evidence for clays and other interesting geology, Nili Fossae is also being considered as a landing site for the Mars Science Laboratory rover .

HiRISE has targeted several places where OMEGA and CRISM show extreme diversity, with this being one example. In this specific area, low-calcium pyroxene (LCP) materials are adjacent to these clays. The cracked terrain regions evident at the highest resolution provide clues to the sequence of events which occurred in Nili Fossae. 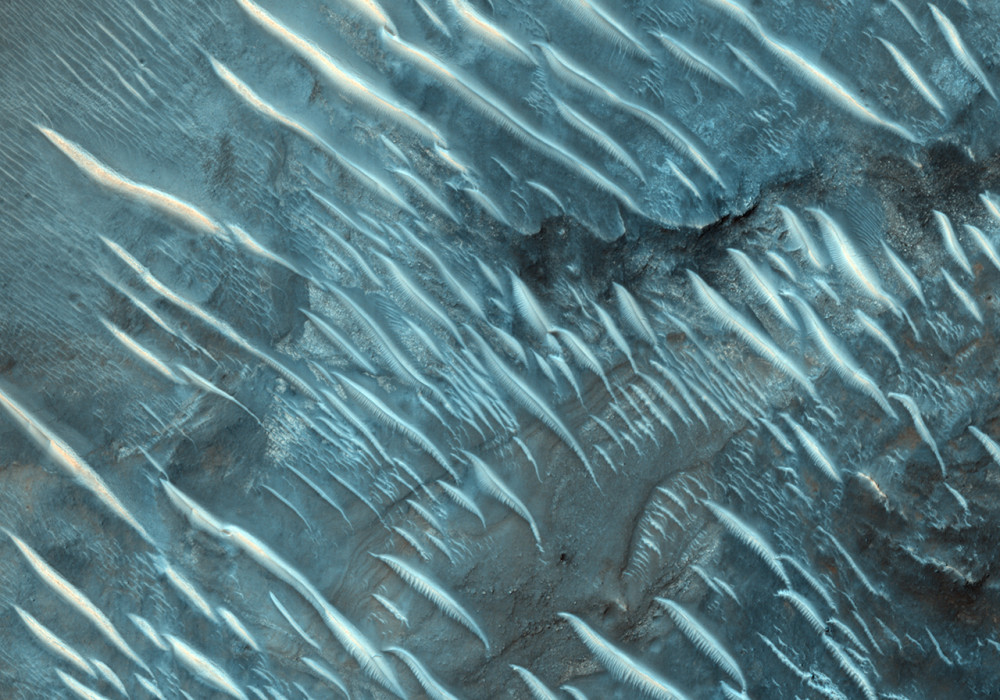