This observation covers the Columbia Hills and the surrounding plains of Gusev Crater, which the Mars Exploration Rover Spirit has been exploring since January 2004. Repeat images of this site have been acquired to study aeolian (wind-related) changes on the surface.

This image was acquired in February 2010, six months after the most recent prior image ( ESP_014277_1650 ) and seven months after the most recent color image ( ESP_013921_1650 ) of Spirit’s location. During the intervening time, a significant regional dust storm blanketed Gusev crater, and bright Martian dust subsequently settled onto the surface. The surface around the Columbia Hills therefore appears brighter in this new image. However, numerous dark streaks are superposed on this surface; these are probably tracks left by dust devils migrating across the Gusev plains.

While driving around the “Home Plate” feature in the Columbia Hills, Spirit’s wheels have excavated bright soils that were previously buried several centimeters beneath the Martian surface. These soils contain minerals such as sulfates and opaline silica that suggest past water activity at this location. The excavated soils are visible from orbit in previous HiRISE color images, where they appear as small, bright, blue-toned patches. These patches are all virtually invisible in the new HiRISE image, suggesting that the soils may have been buried by dust settling during the past few months.

Combining these orbital images with those taken by Spirit on the Martian surface provides a view of aeolian surface changes at a range of scales. 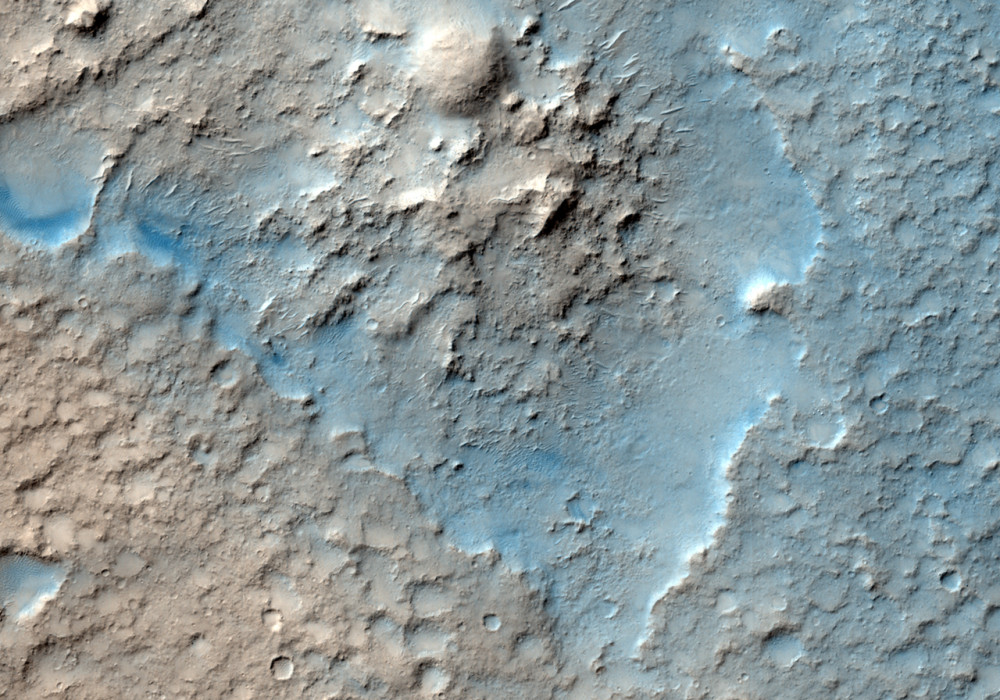