The purpose of this observation was to monitor changes in bright wind streaks near the feature Tharsis Tholus. On Mars, aeolian activity is the most dynamic geologic process that shapes land formations. Wind streaks in particular, are some of the most prominent aeolian features on the surface of Mars and occur because of wind erosion, then deposition. These streaks help to determine surface wind circulation patterns and directions.

There are two main types of wind streaks: bright and dark. On this image there are bright wind streaks, which can be seen at the edges of most of the craters. There are a few craters that appear to be almost completely erased by dust on the surface, which has been blown into them. Bright wind streaks are thought to be depositional features that are made from fine, bright dust. On another note the removal of bright wind streaks, results in dark streaks.

Another significant feature on this image is the mini fossae. A fossae is a long, narrow, shallow depression. One explanation for fossae formations is volcanic activity. These channels (fossae) like this one can be interpreted as an “unroofed” or collapsed lava tube. 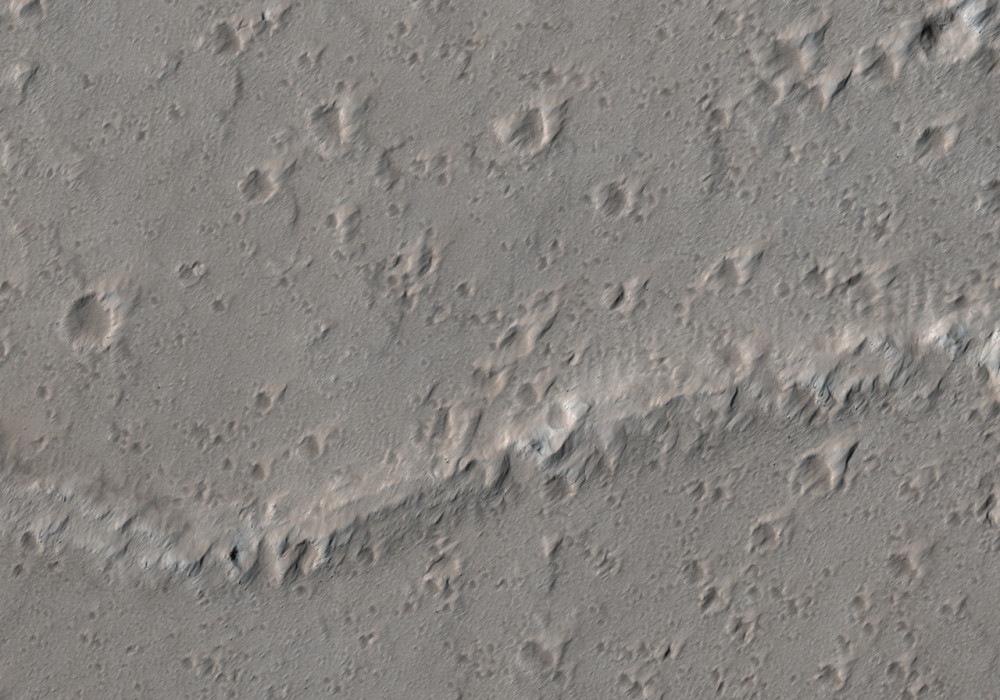