There are landforms called “gullies,” consisting of an alcove, channel, and apron, on many large sand dunes on Mars.

Remarkably, we have learned that the gullies form primarily or entirely during seasons when there is carbon dioxide frost on the ground. To understand this better we image key locations multiple times throughout the Martian year.

This image, at 49.5 S latitude, was acquired very near the winter solstice, when shadows are very long in the middle afternoon when MRO passes overhead. Dark sand inside shadows is a challenging scene to image while flying overhead at 3.4 km/sec, but the HiRISE camera has the sensitivity needed to acquire useful images even at the most challenging time of the year.

The subimage shows one of these gullies, hidden in the shadow. Vertical stripes in the image are from electronic noise that is usually hidden by the image signal, but in this case the signal is extremely low. 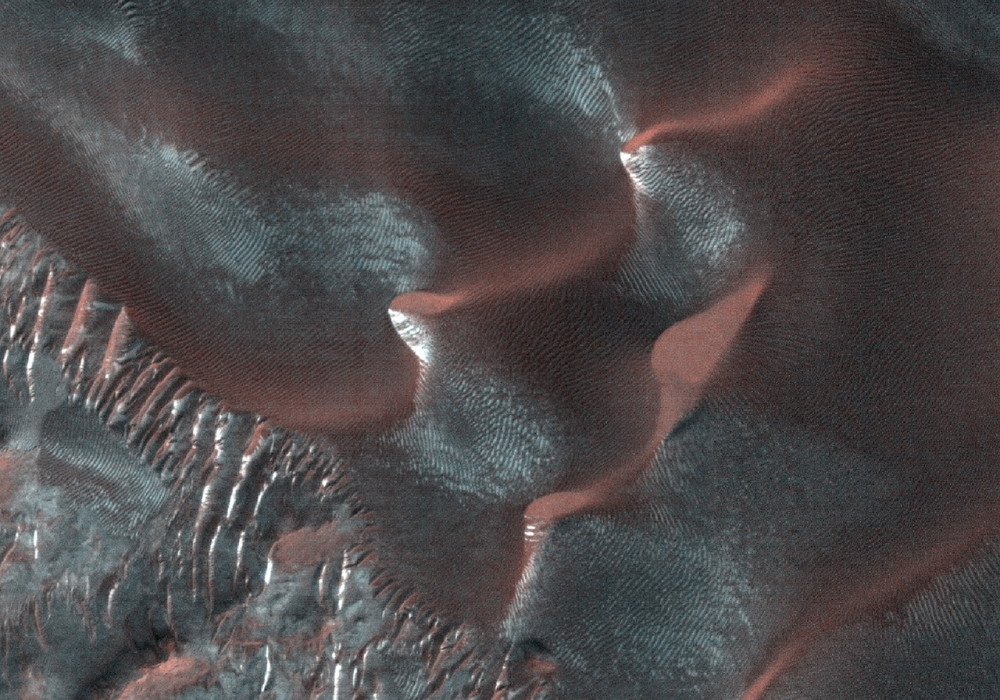