This HiRISE image shows the scarp that demarcates the boundary between layered deposits covering the north polar region and the lower surrounding terrain, which includes sand dunes.

This image was taken in the northern hemisphere Martian spring, where it is still cold enough that white carbon dioxide frost covers most of the area. At about the same time in the previous Martian spring (February 2008), HiRISE caught four avalanches at this location.

This image does not show any active avalanches, but shows many avalanche deposits. Comparison of this new image with the one taken in 2008 will give an indication of activity over the last Martian year.
Written by: Nathan Bridges   (3 March 2010) 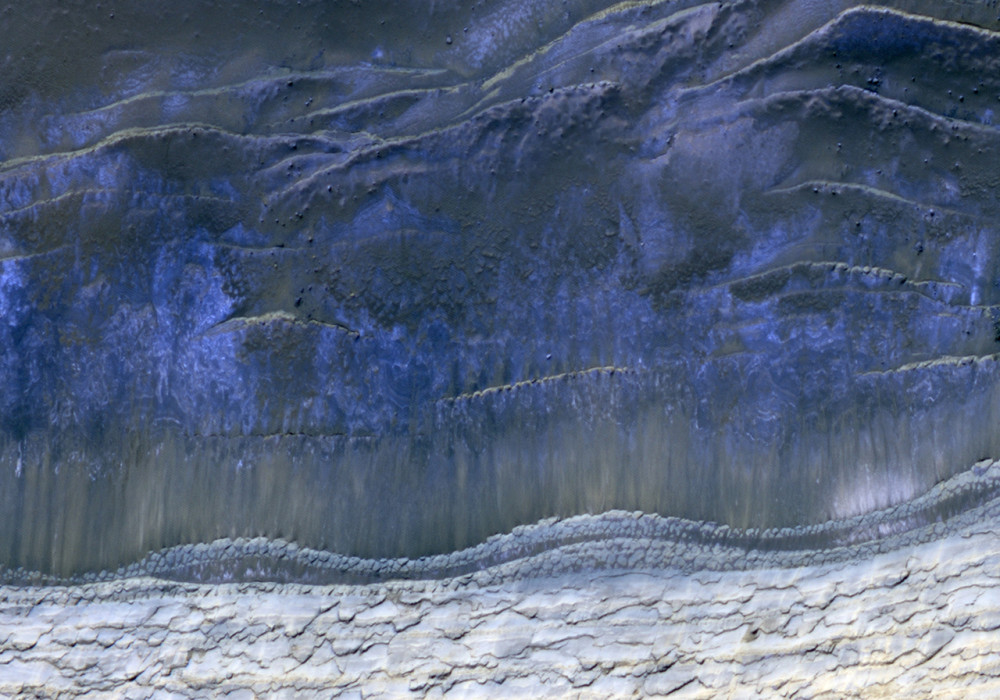