HiRISE has taken a number of images of this type of terrain in the South polar region. It is called jokingly, “Swiss Cheese” because the structure looks a little like Emmentaler cheese — a cheese from near the Emme Valley (Emmental) in the Swiss canton of Berne.

This image shows clearly the multiple steps one frequently sees in the walls of the Swiss cheese formation. This is probably an indication of episodic sublimation of carbon dioxide and water ice in the substrate. 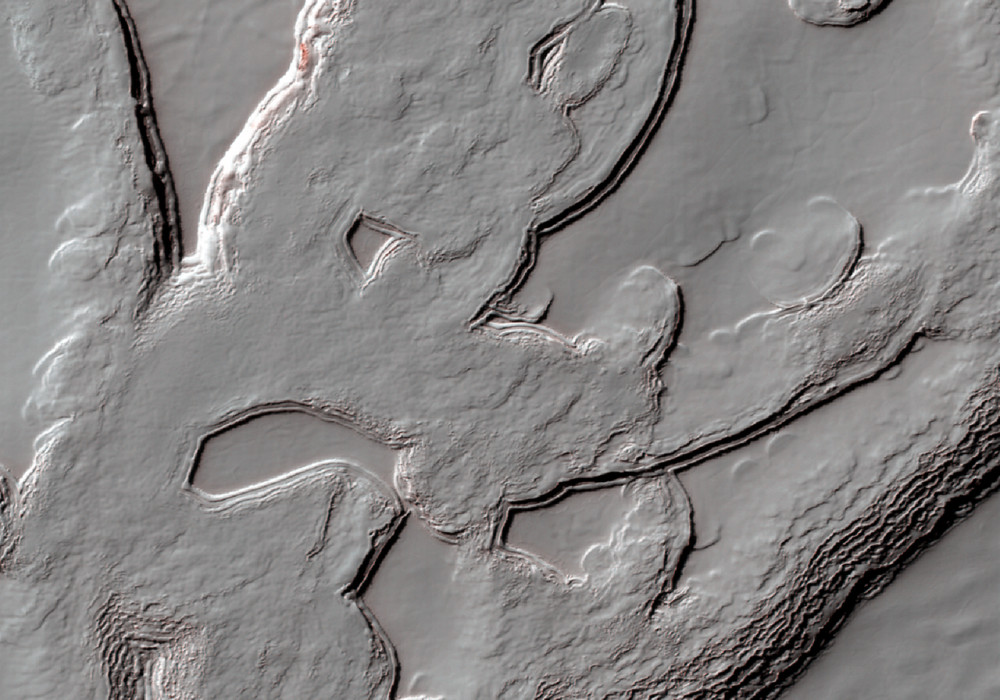