The Mars Science Laboratory mission released a total of 8 tungsten masses for balance purposes during entry and descent. Two 75-kilogram masses were released at the top of the atmosphere, and the resultant craters were probably imaged in ESP_029245_1755 .

At a much lower altitude, six 25-kilogram masses were released shortly before deployment of the parachute in a maneuver called Straighten Up and Flight Right (SUFR), to realign the capsule center of mass with the parachute axis of symmetry. These six impact sites were first detected by CTX . This HiRISE image reveals impact craters about 2 meters wide. We captured four of these craters in enhanced color .

HiRISE has now imaged the crash sites for these 8 tungsten masses, parts of the cruise stage, the heat shield, the backshell and parachute, and the descent stage. Most of the stuff we sent to Mars crashed on the surface–everything except the Curiosity rover. 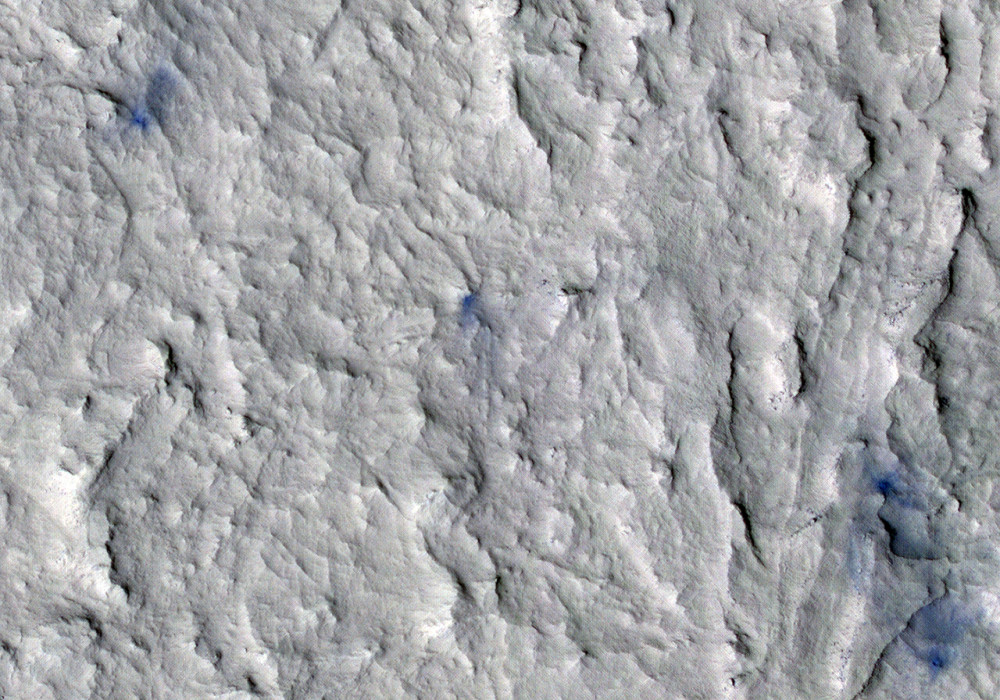