This image is from a region along the walls of southwestern Melas Chasma that contains extensive valley networks and layered beds.

Some have proposed that the layered beds formed in a former lake that resulted from runoff of the valley networks to the west. The layered beds are thought to be sediments carried and subsequently deposited in a lake that may have once existed along this flat-lying basin.

The color image covers some of the layered beds as well as the wallrock to the north and south. There are color differences seen between some of the layered units, such as those visible in the subimage ; a lighter-toned unit that is stratigraphically below the darker-toned unit can be seen to the right. Yellow hills are visible towards the bottom.

These color variations appear to be associated with compositional differences between the units, which are different layers within the basin. These compositional differences could reflect variations in the material that was deposited by the valley networks, or they could be the result of evaporative sequences that occurred as the lake drained or first froze then sublimated away (changed state directly from a solid to a gas).

The dark circular features likely represent eroded impact craters that have more recently been filled in by dark debris, such as basalt sand, that in some instances forms ripples.

Note: the color in these images is enhanced; it is not as it would normally appear to the human eye.Written by: Cathy   (20 October 2007) 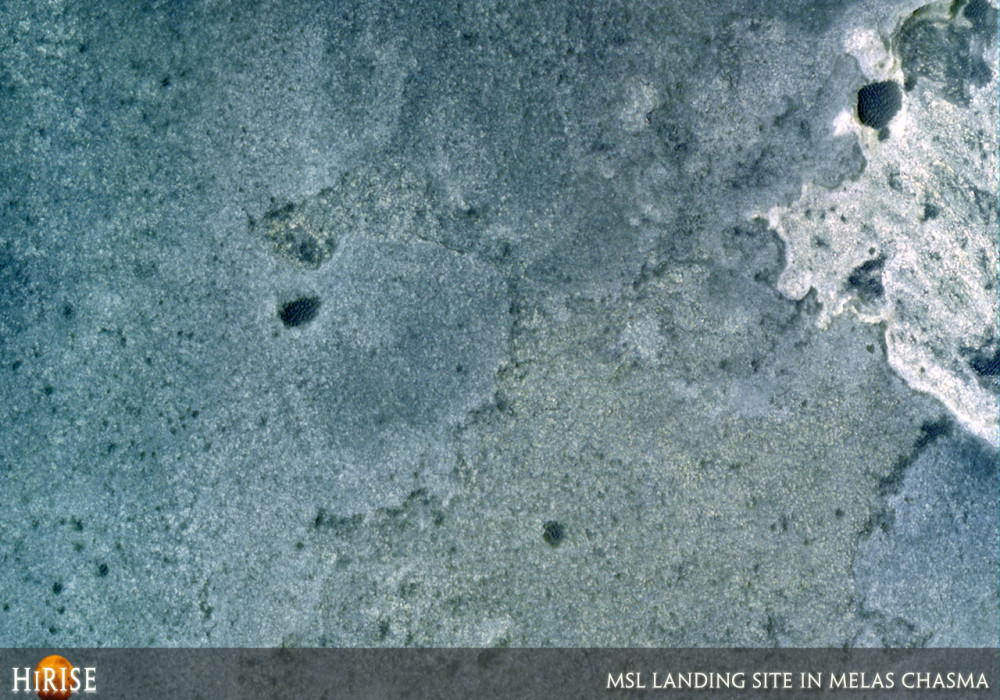