This small 2 kilometer-wide crater was sitting around, minding its own business when a meteoroid struck the ground just to the west and created a new, larger crater almost 10 kilometers in diameter (not pictured).

The ejecta spraying out of the new crater landed back on the ground and then continued to flow away from the new crater, and the smaller crater was in the way of that muddy flow. You can see where much of the muddy material flowed around the crater’s uplifted rim and forms a squiggly ridge, but you can also see where the mud flow slid over the rim and ponded down in the bottom of the crater.

One question we don’t know the answer to is: “how wet was the muddy ejecta?” Ongoing observations like this and laboratory-based experiments are trying to find the answer to that question.

This image also illustrates a common theme in geology, namely, the law of superposition. Because the crater has been affected by ejecta from the larger crater to the west, the small crater had to be there first and then the second, larger crater and its ejecta had to form. This allows planetary geologists to decipher the relative ages of different landforms. Because a central goal of geology is to understand past events from present-day clues, geology is sometimes compared to forensic science. 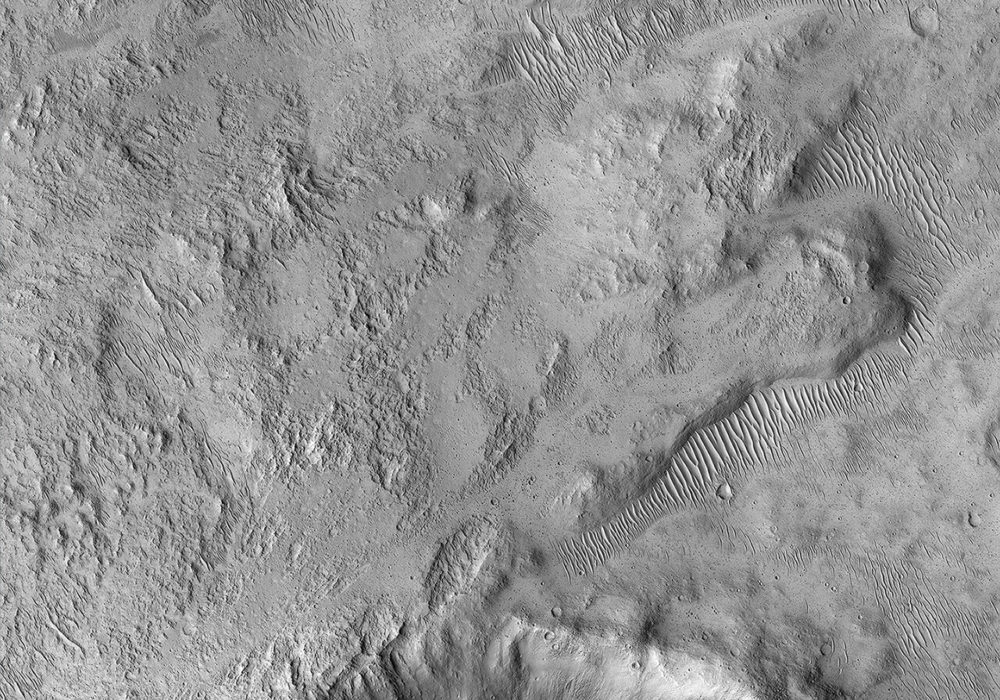