This image is of a crater in Arabia Terra, which is a large swath of bright (high albedo) terrain in the Martian cratered uplands. The steep interior walls of the crater are covered with numerous slope streaks, thought to be caused by dust avalanches that strip away layers of dust to reveal a darker underlying surface.

Here, multiple generations of slope streaks are present. The most recent features appear the darkest, and they appear to gradually brighten over time as more dust is deposited from the thin Martian atmosphere. Causes of dust avalanches include small impact craters, rockfalls, and oversteepening of the surface as dust accumulates. This last mechanism is similar to the way in which snow-covered slopes in high mountain areas on Earth accumulate enough snow to become gravitationally unstable, leading eventually to avalanches.
Written by: Brad Thomson   (15 July 2008) 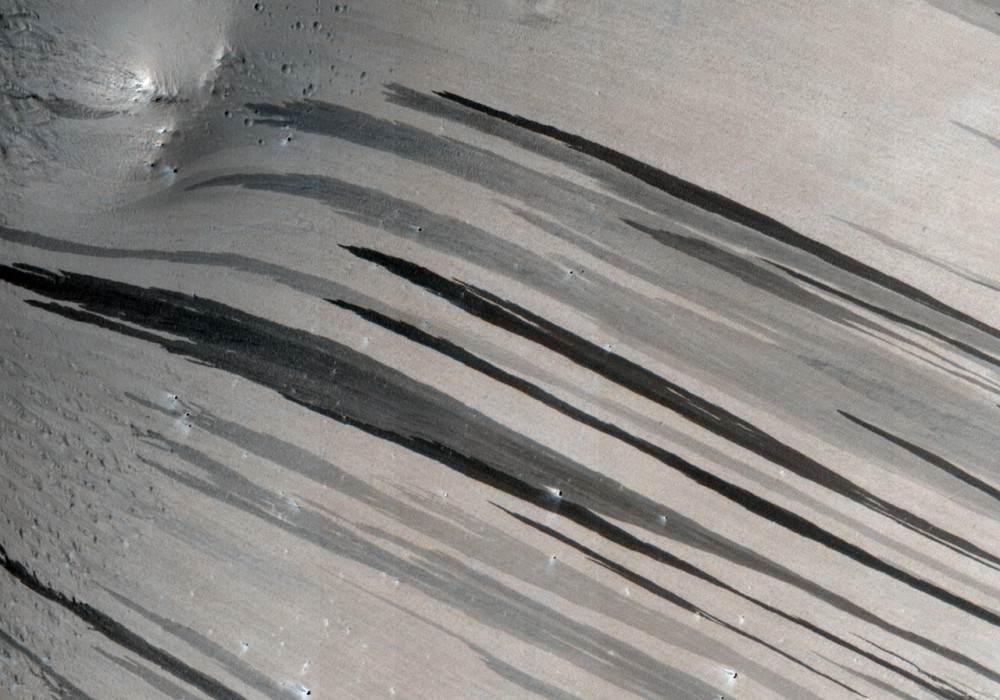