This observation is of region between large craters in Arabia Terra, which is a large swath of bright (high albedo) terrain in the Martian cratered uplands.

At the center of this image is a channel with a sinuous, fluvial-like (river-like) morphology, although it has long since been dry. The floor of the channel is covered with an array of linear dunes, which are accumulations of windblown sediment.

Of special interest in this scene is a series of dark (low albedo) and brighter (higher albedo) discolorations along the channel walls, also known as slope streaks. Most slope streaks are initially dark, gradually brighten with time, and are thought to be due to dust avalanches that remove a thin layer of bright dust to reveal darker material. Here, many streaks appear brighter than the surrounding undisturbed slope surface, and the origin of these bright streaks is not entirely clear.

In this subimage, it is apparent that dark streak always appear to be on top of the bright streaks, indicating that the dark streaks are younger.Written by: Brad Thomson   (30 March 2008) 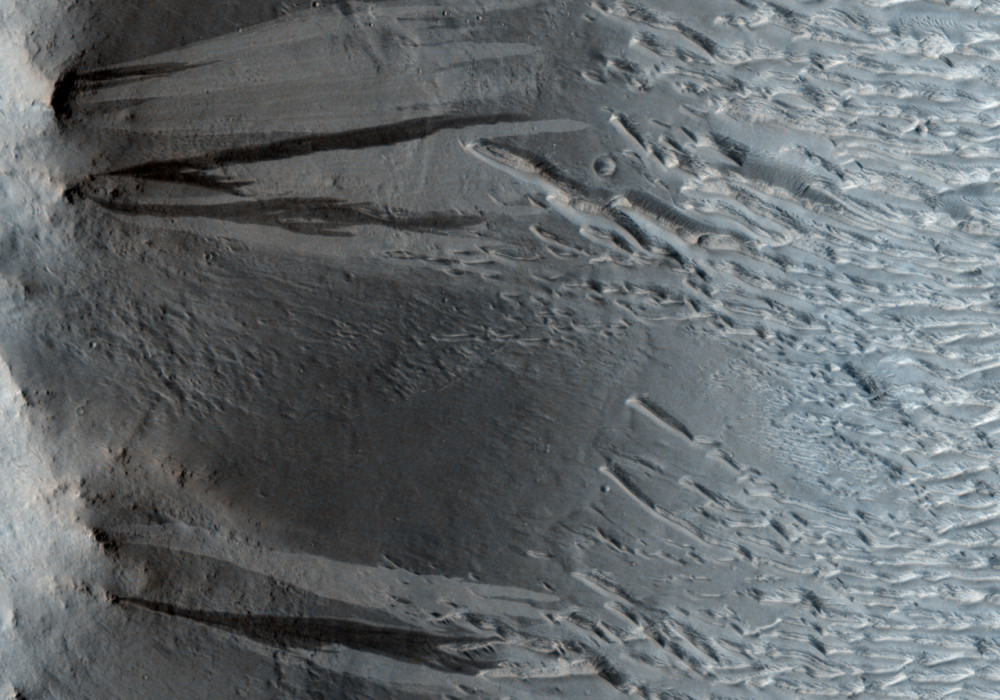