Mystery Martian Morphology of the Month

This image covers many shallow irregular pits with raised rims, concentrated along ridges and other topographic features . How did these odd features form?

One idea is that they could be from sublimation of shallow lenses of nearly pure ice, but why do the pits have raised rims? They can’t be impact craters with such fortuitous alignment and irregular margins. They aren’t wind-blown deposits because there are many boulders, too big to be moved by the wind. There are younger wind-blown drifts on top of the pits, and there’s no clear connection to volcanism.

Some speculate that there were ancient oceans over this region–could that somehow explain these features? Ancient glaciation is another possibility, perhaps depositing ice-rich debris next to topographic obstacles.Future images of this region may provide clues, but for now this is a mystery. 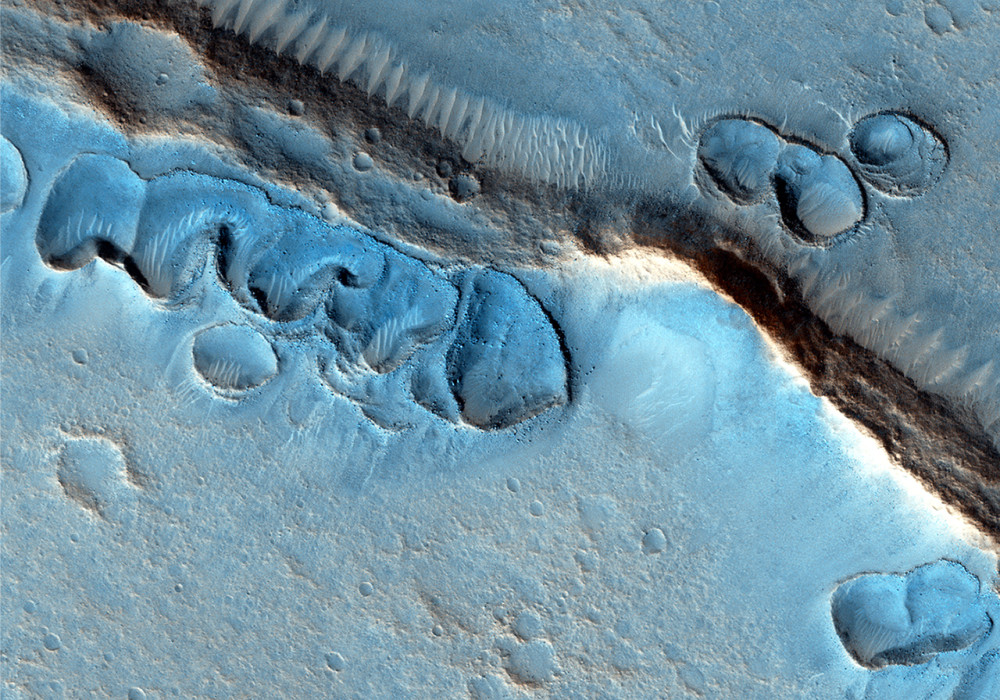