This image shows bright mounds scattered throughout a rather flat, dark landscape. These mounds range approximately between 20 and 500 meters (yards) in diameter.

The largest among them show central crater-like depressions which give them an appearance similar to terrestrial volcanoes. The origin of these mounds is still unclear. The most widely accepted hypotheses involve extrusion of underlying fluid-like materials (lava, wet/icy sediments) through weak points in the surface.

Similar mounds have been observed elsewhere in the
Northern Lowlands . (The Northern Lowlands encompass a vast region of Mars younger than the rest of the planet, as shown by lower number of impact craters, and well below its average altitude.) Mounds such as the ones shown in this image may hold important clues for scientist to decipher the history of the Northern Lowlands: an old ocean basin? The site of continental-scale volcanism? Detailed analysis of HiRISE and other complementary datasets will help solve this mystery. 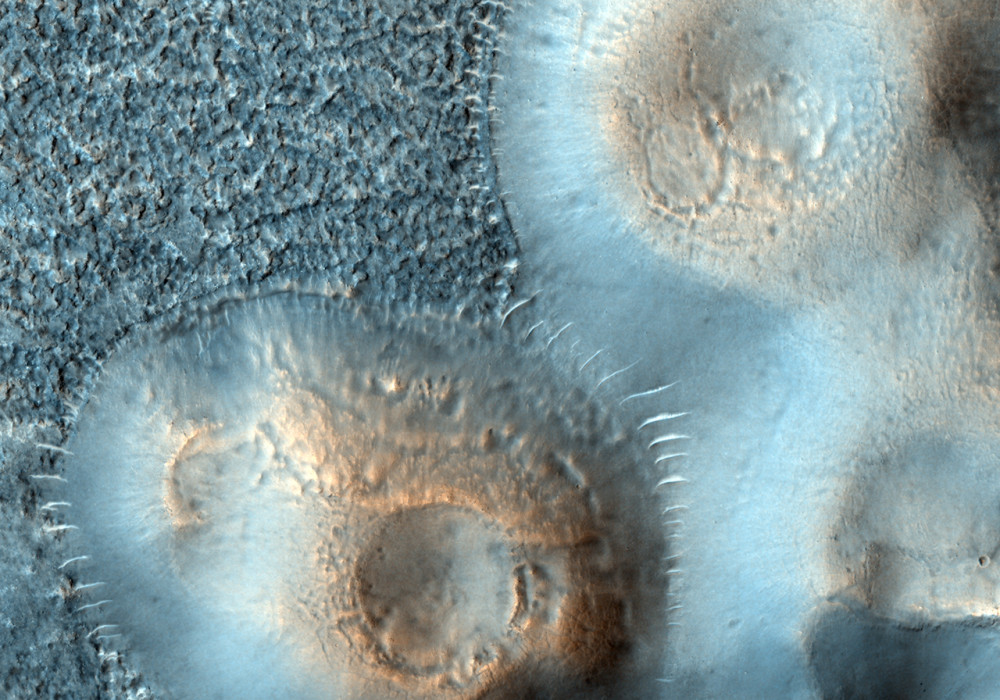