This image was targeted because a previous MOC image (R1100035) showed a distinctive field of mounds on the floor of an ancient, large, filled-in crater.

The origin of the mounds was unclear, so we hoped that a HiRISE image with higher resolution and color would solve the mystery. The HiRISE image shows much more detail on the mounds and other rough textures, indicating that this is an eroded bedrock surface, perhaps exposed by removal of an overlying layer of fine-grained materials by the wind.

But how did the rocks form, and why did they erode onto mounds? It could have been lava or impact ejecta or fluvial sediments, perhaps altered and indurated by groundwater. The mounds could be due to how it was deposited—like hummocky impact ejecta—or how it was indurated. In other words, we haven’t solved the mystery!

Yet we may get new clues from future images of similar terrains in places where the origin is more interpretable, or from other datasets such as the mineral content determined by CRISM. 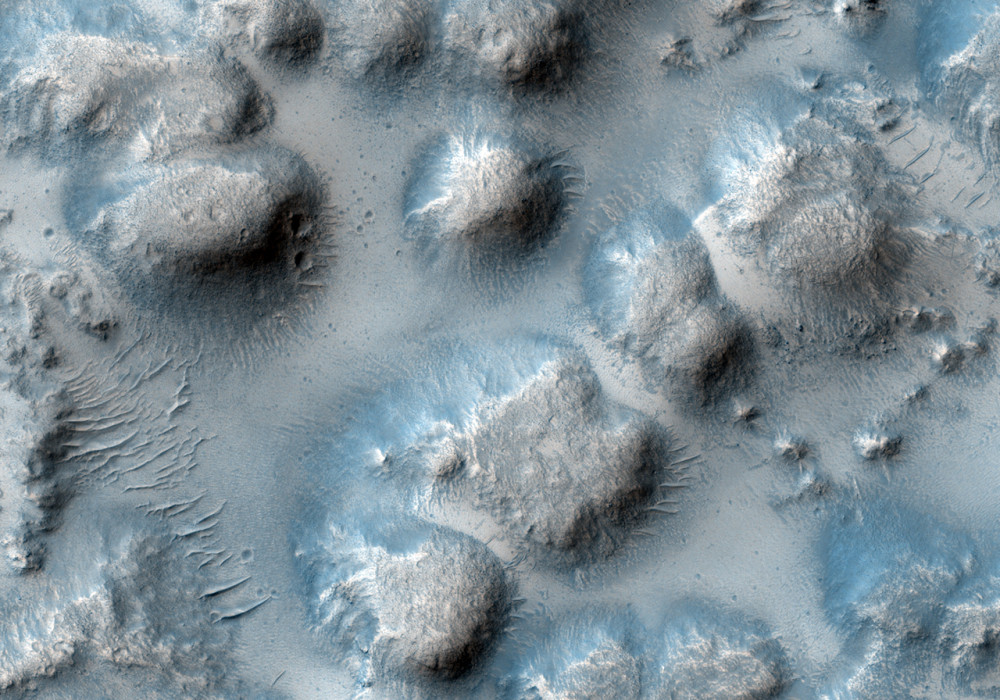