This HiRISE image shows a part of Nanedi Vallis, one of the Martian valley networks. The valley networks are thought to have formed by flowing water in the distant past when the climate on Mars was warmer and wetter than it is today.

Valley networks are characterized by their blunt, theater-shaped heads and their approximately constant width along their reaches. They often have tributaries, as seen in this image, that connect with the main trunk of the valley. 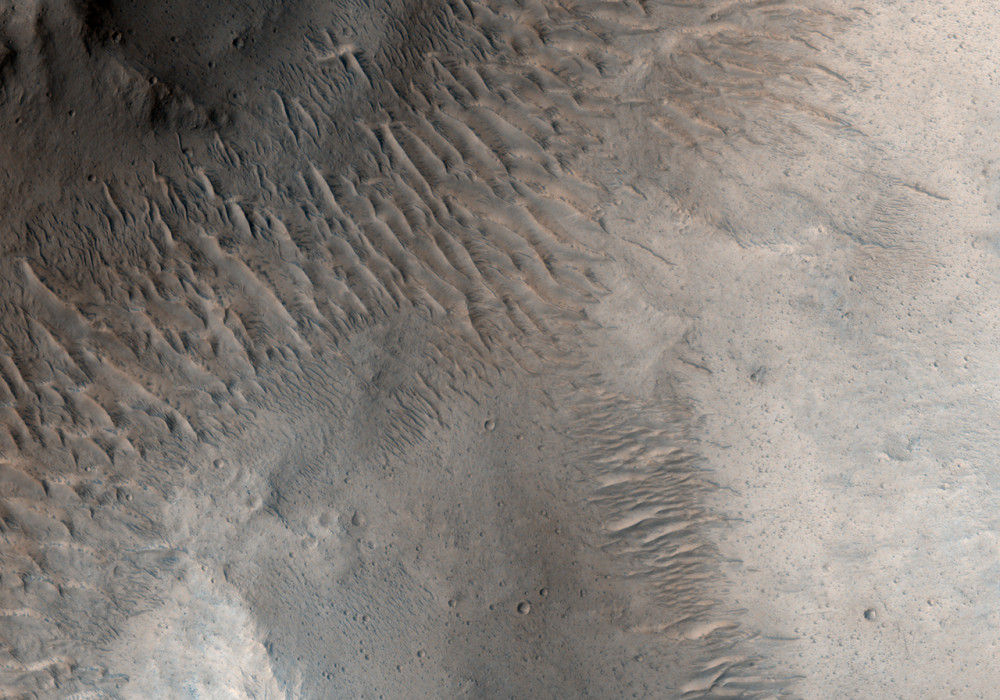