Near the Mouth of Morava Valles

Morava Valles drained Ladon Basin and discharged towards the large regions of chaotic terrain near the head of Ares Valles.

Because the valley emerges full bore from Ladon Basin (much like the Niagara river emerges from Lake Erie on the Earth), it has been hypothesized that it was formed when a lake overflowed the basin.

There are numerous valleys, including the large Ladon Valles, that end along the margin of Ladon Basin. Some of the outcrops visible in this image and elsewhere in the basin show evidence of layering due to deposition of sediments.

Comparison of the nature and extent of layers exposed here and elsewhere around Ladon basin should help to constrain their origin, by water flow or other processes. 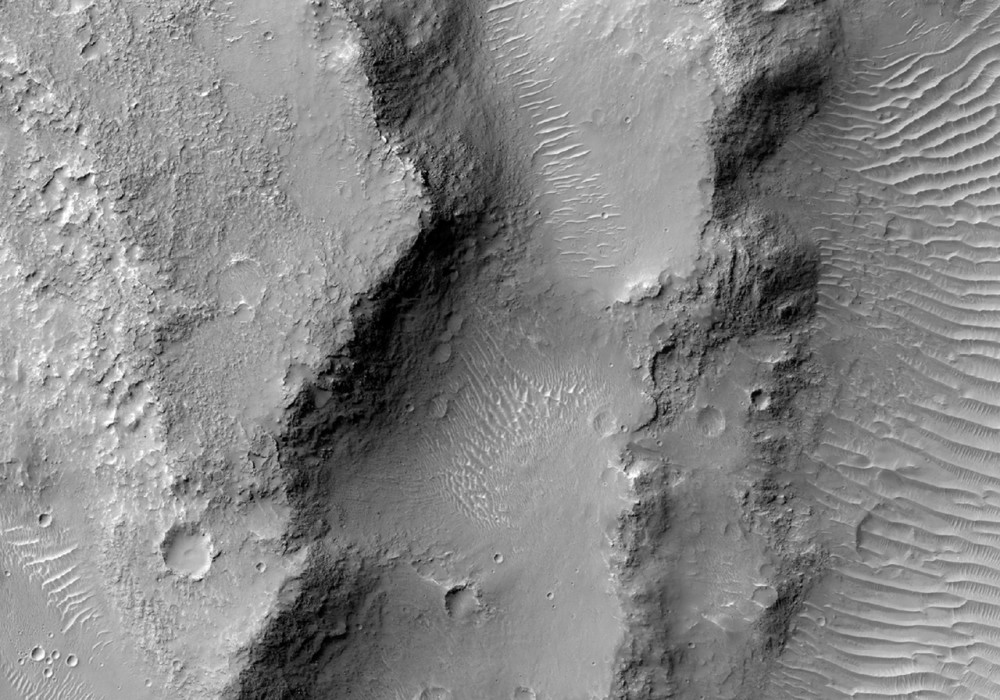