How could a valley with flowing water become a high-standing ridge?

When rivers flow, they carry sediment or particles with them. The heavier and larger particles are deposited on the bottom as characteristics of the flow, such as a decrease in speed. The sediments build up and, over time, can fill in a river completely. This would typically occur on a flat plain, so that the filled-in river would be level with the surrounding banks.

As more time passes, wind erosion affects the landscape. The sediment in the valley could be more resistant to erosion, which would allow it to exist while its banks erode.

The sinuous ridge in this image, in eastern Arabia Terra in the northern hemisphere, might have been a valley with flowing water in ancient times. At the north (top) end of the image, the ridge transitions to a depression as opposed to being raised. This depression (not imaged by HiRISE) extends into a valley. The Martian valley networks are thought to have formed by flowing water billions of years ago. At the center of the right side of the image ( see subimage , approximately 350 meters across) there is a branch in the ridge, which supports the valley network theory.

(A sinuous feature is one that winds about in a snake-like pattern, and a ridge is a high-standing feature.)Written by: Kelly Kolb   (23 October 2007) 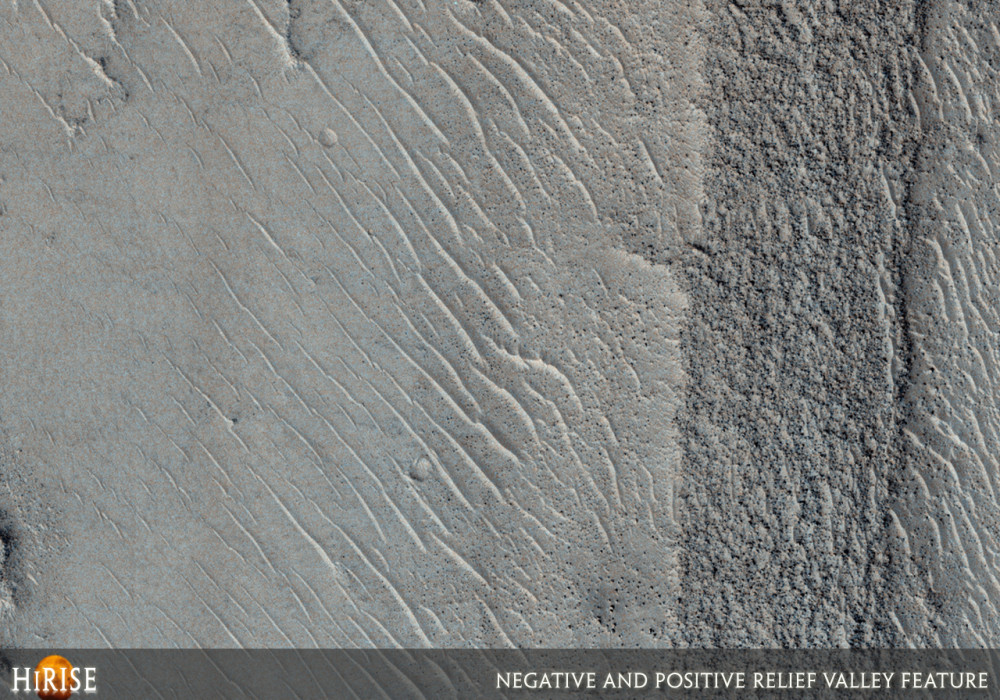