We’re not sure if this channel-inside-a-channel was carved by flowing water or lava. Flowing water erodes channels, and flowing lava both erodes and melts surrounding rock to form channels.

It’s not clear whether a huge surge of water or lava first formed the wide channel and then subsided into a trickle to form this narrow, inner channel, or if a trickle formed the inner channel and a subsequent surge formed the wider one. Detailed analysis of the shape could reveal which scenario is most likely, as well as whether water or lava is responsible. Relevant observations for such a determination would include, for example, the facts that the channels lack levees (ridges along the banks) and that the inner channel diverts around a mound, which at one time was an island.

This channel system flowed to the southwest toward the huge Hellas impact basin. 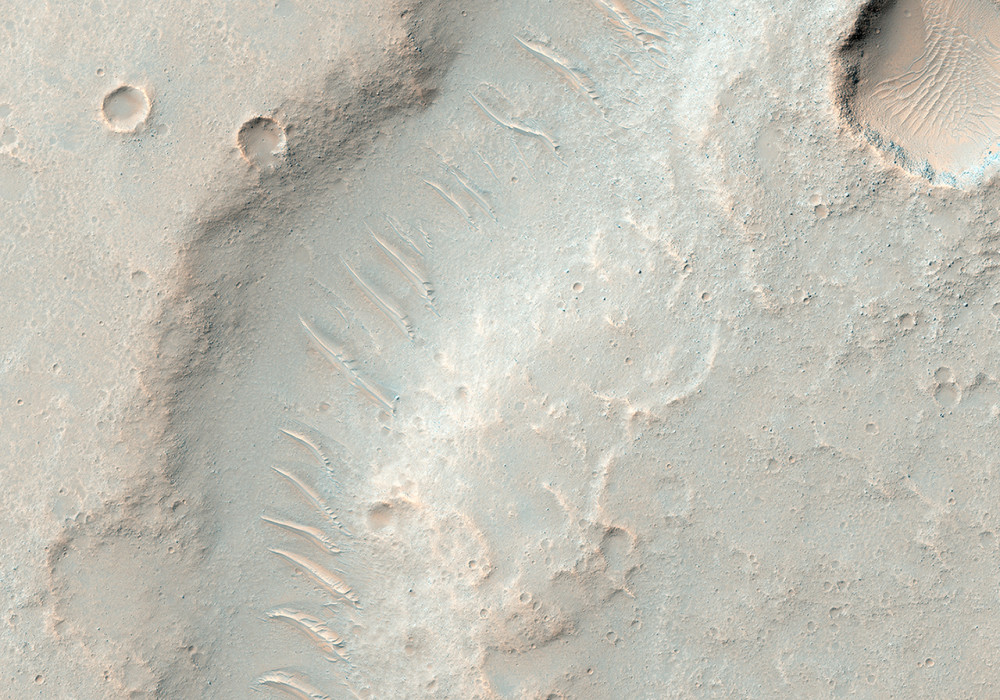