In August 2010, the Context camera on the Mars Reconnaissance Orbiter discovered a patch of dark spots in an image in western Amazonia Planitia that were not present in a Mars Odyssey THEMIS image of the same area in April 2008.

Often, the appearance of such new spots is due to the formation of a new impact crater or cluster of craters. HiRISE was called in to have a closer look to confirm the discovery.

This image reveals at least four distinct craters, each surrounded by a rayed ejecta zone where excavated material has been emplaced and/or the bright surface dust cover blown away. Due to the heat and pressure of entering Mars’ atmosphere, a single impactor (e.g., a small asteroid or comet) may burst into many individual pieces, likely causing the multiple-impact pattern we see here.

With the combination of CTX and HiRISE monitoring, a crucial aspect of Mars science is being detailed for the first time: the current surface cratering rate. Knowing the rate at which impactors hit Mars is essential in testing models and concepts of how craters accumulate on the surface over time, and hence in better determining the ages of Mars‘ surface. In addition, determining the current number, rate, and types of impacts on Mars can be used to better constrain the impactor population and surface ages on the Moon and other planets. 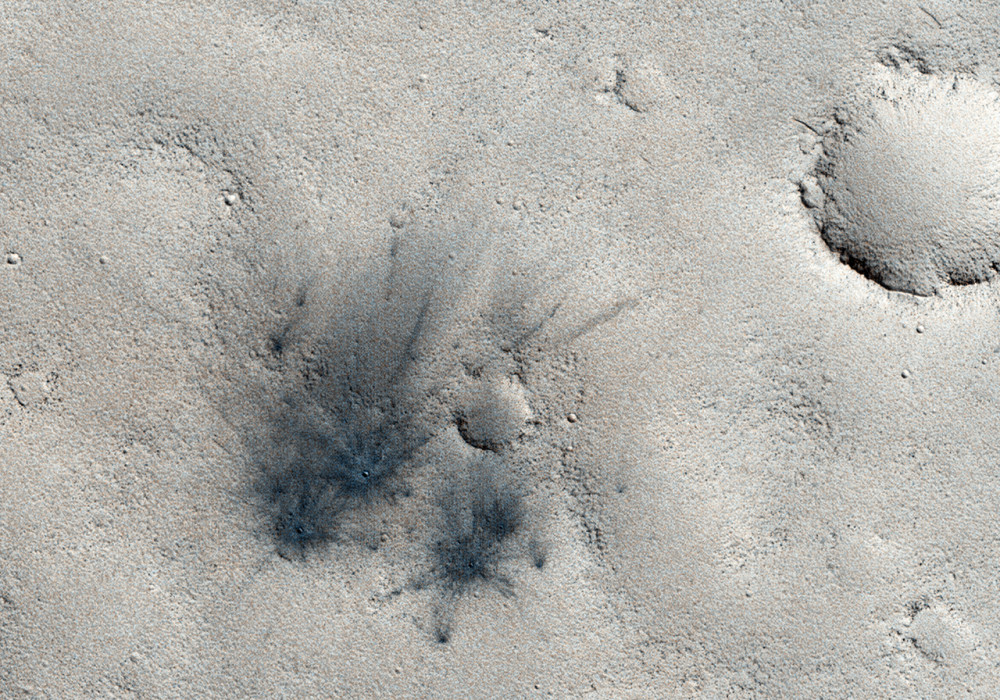