New Primary Craters in a Sea of Secondary Craters

This image ( see subimage ) shows a cluster of new impact craters near 5 meters in diameter, that formed between 1977 and 2003 based on earlier images from other missions showing the presence or absence of a dark spot.

The new craters have distinctive colors and morphologies, and are surrounded by the much larger darkened spot produced by the airblast. The background terrain is nearly saturated with craters up to about 100 meters in diameter, which may be secondaries from a large (approximately 30 kilometers in diameter) well-preserved impact crater about 170 kilometers to the Northwest. 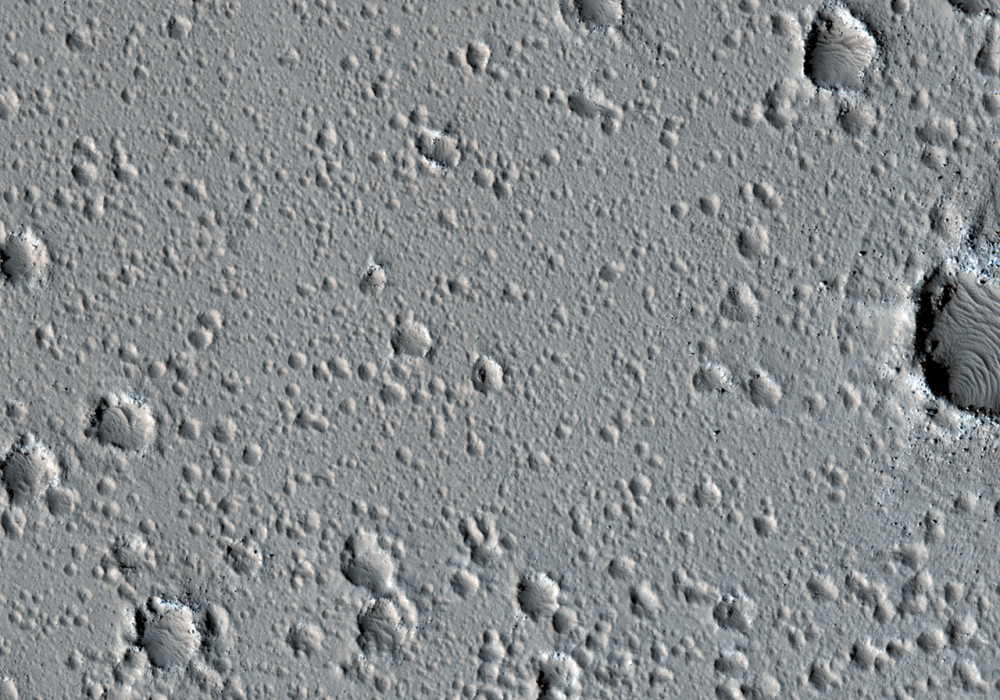