Dark pits on some of the Martian volcanoes have been speculated to be entrances into caves. A previous HiRISE image, looking essentially straight down, saw only darkness in this pit.

This time the pit was imaged from the west. Since the picture was taken at about 2:30 p.m. local (Mars) time, the sun was also shining from the west. We can now see the eastern wall of the pit catching the sunlight.

This confirms that this pit is essentially a vertical shaft cut through the lava flows on the flank of the volcano. Such pits form on similar volcanoes in Hawaii and are called “pit craters.” They generally do not connect to long open caverns but are the result of deep underground collapse. From the shadow of the rim cast onto the wall of the pit we can calculate that the pit is at least 178 meters (584 feet) deep. The pit is 150 x 157 meters (492 x 515 feet) across. Written by: Laszlo P. Keszthelyi   (5 September 2007) 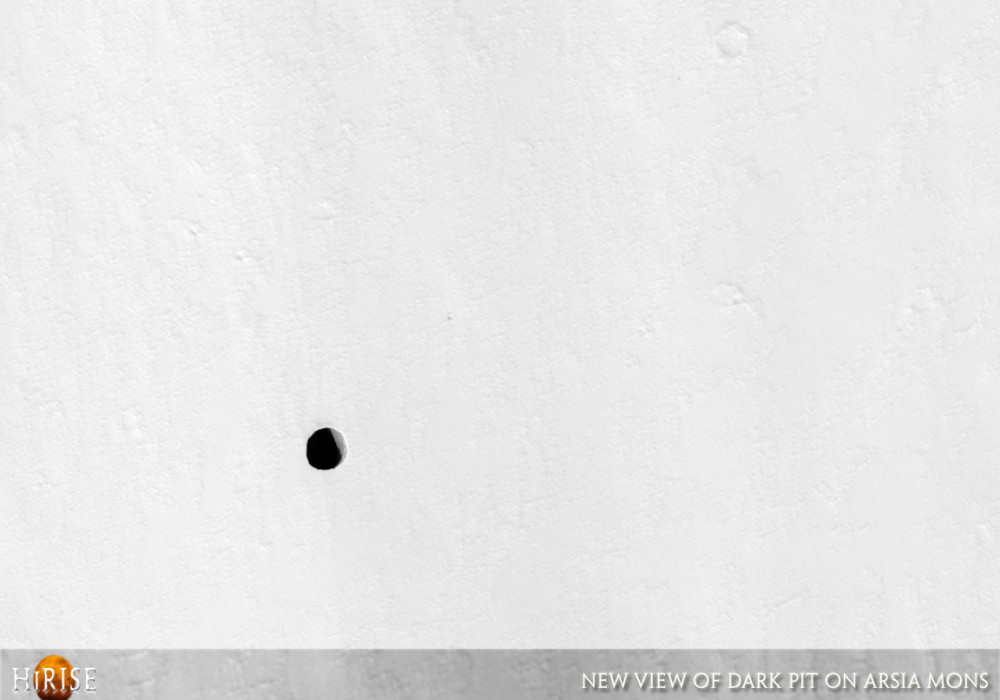