This observation features three newly-formed slope streaks. These are features which occur on crater walls, hills, and other slopes on Mars.

They always begin at a point source and widen downslope, sometimes weaving around existing topographic features (such as dunes or craters), but other times they flow over them. Many slope streaks do not show topographic relief in available images, and there are no observable deposits of displaced materials surrounding their borders.

In general, slope streaks tend to be many hundreds of meters long and less than 200 meters wide. They are observed in varying shades of darkness, where lighter-toned streaks appear to be older than darker ones. The formation mechanism responsible for slope streaks is still under debate; theories range from dry dust avalanches (most widely-accepted theory) to briney water seepage.

Slope streak formation is among the few surface processes known to be currently active on Mars, making slope streaks some of the youngest features on Mars. A comparison of this HiRISE image with MOC image E04-01817 shows that three new slope streaks have formed during the six years separating these images (2001 – 2007). The shortest time frame in which new slope streaks have been observed to form is six months (MOC images SP2-37303 and E02-02379), though it is not yet known how long it actually takes for a slope streak to form. 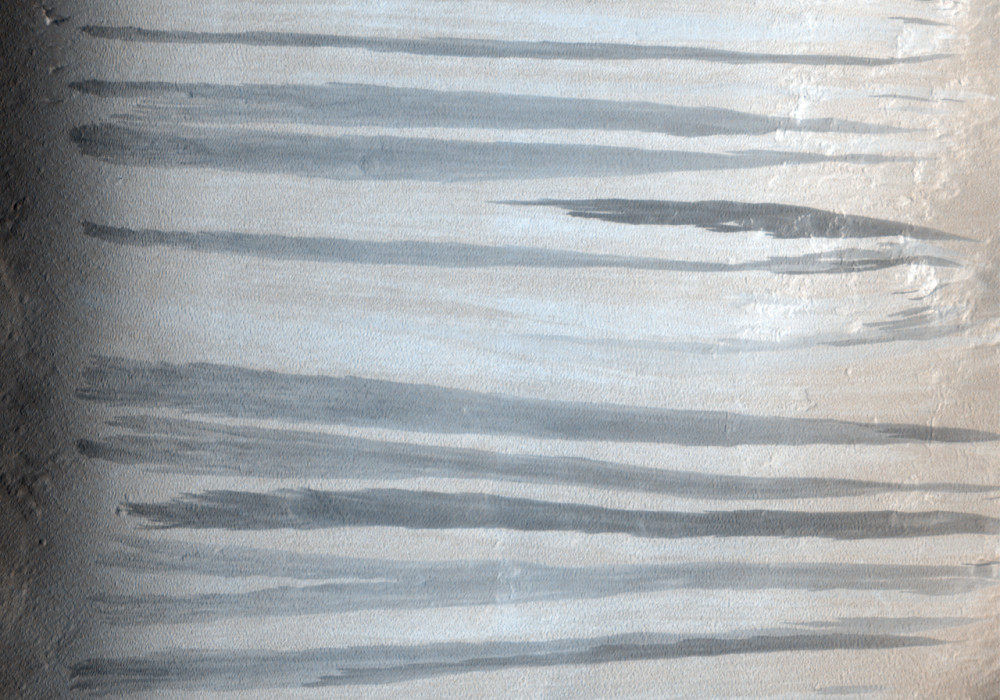