Nirgal Vallis is one of the largest and longest valley networks on Mars (approximately 400 kilometers in length). Oriented roughly east-west and located north of the Argyre impact basin, its western region contains numerous short, theater-headed tributaries that merge into a long, sinuous, and deeply entrenched main valley that extends eastward to Uzboi Vallis.

The area in this image (centered at -27.1730 latitude, 313.7340 longitude) is of the western most tributaries. Valley heads are steep and abrupt with blunt terminations. Although Nirgall Vallis formed long ago, likely by flowing water, abundant wind-blown sediments transformed into the dune fields that now line the valley floors. However, the distinctive valley pattern shape with steep walls and flat floors led many to propose that ground water flowed out to the surface along the valley heads and walls of the numerous tributaries. This process, known as sapping, begins with ground water flowing along subsurface fractures or permeable layers and carrying out sediments with it as it emerges at the cliff face.

Eventually, the loss of support from beneath undermines the cliff face, causing it to slump into the valley. With continued sapping, tributaries grow progressively in a headward direction. This kind of erosion is common in the Colorado Plateau of the Southwestern United States and helped form the distinctive shape of the Grand Canyon. Wrinkle ridges intersecting several tributaries may have provided additional avenues for ground water flow into the valley system. 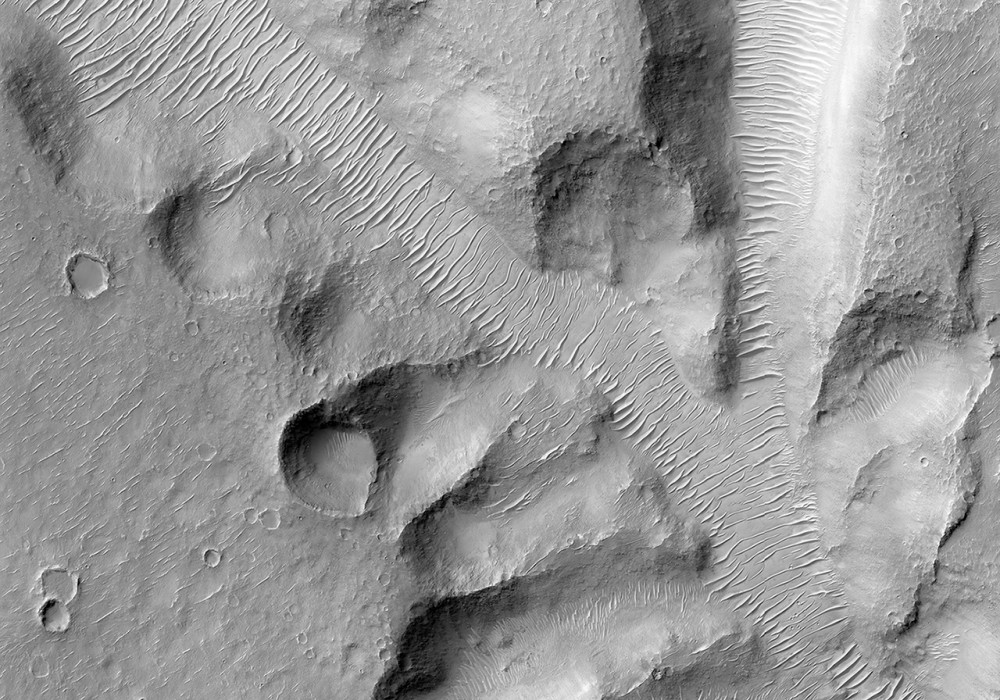