The swirling patterns of layers are mostly caused by erosion, exposing the horizontal layers on ridges and valleys. However, the layers are not completely flat in this area. Below and right of center, layers are cut off against other layers in what geologists call an angular unconformity. This unconformity shows that older layers were eroded before younger layers were deposited on top of them. The entire stack was then eroded again to expose the unconformity. 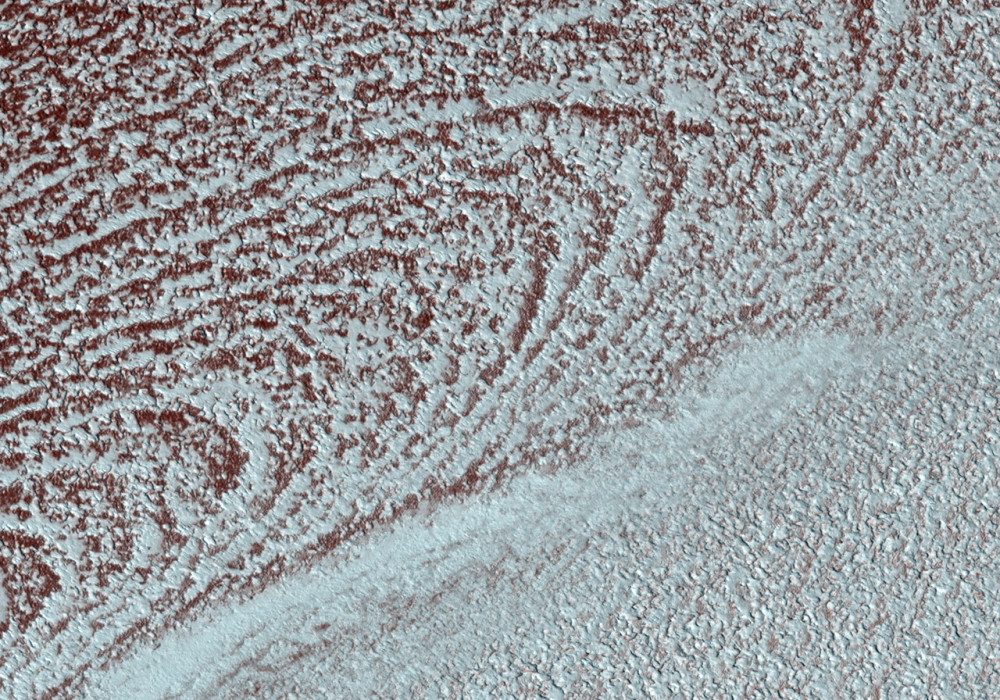