This image shows an exposure of the north polar layered deposits (center). The layering visible here might have been formed by recent climate variations on Mars, similar to ice ages on Earth.

The slope of each layer is probably affected by the internal composition, so the topography of exposures like this is of interest to scientists. When this image was taken (northern spring), the surface was mostly covered by seasonal carbon dioxide frost. This white frost layer helps to highlight the surface slopes because the visible brightness variations are mainly caused by topographic variations. Therefore, this image will be useful for photoclinometric, or “shape from shading” analyses that can yield topographic maps limited only by the resolution of the image.
Written by: Ken Herkenhoff   (2 April 2008) 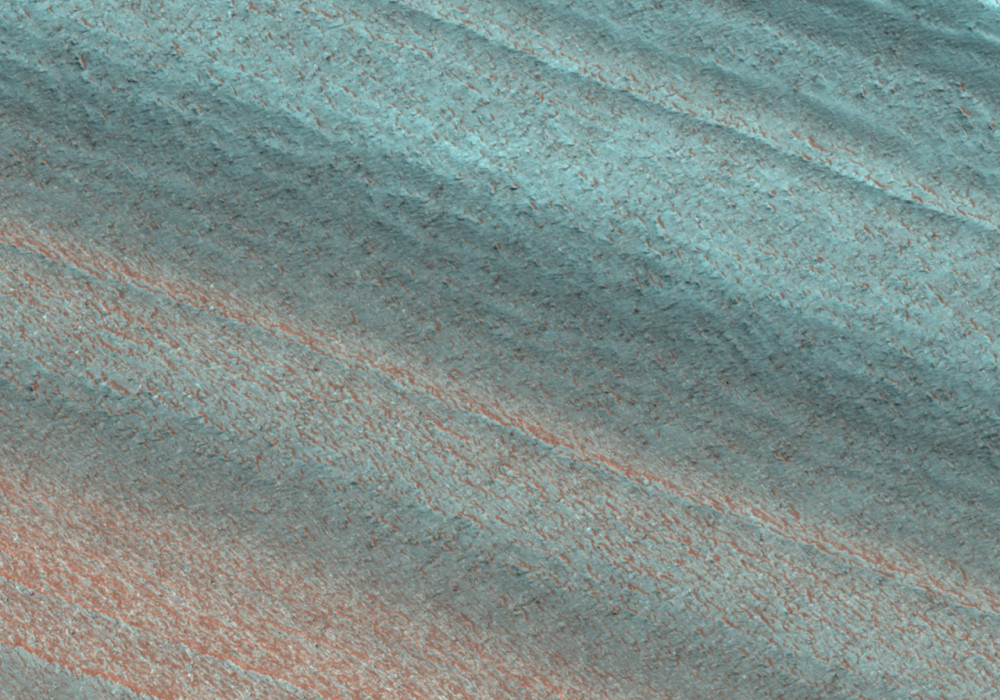