This image shows layering within the northern hemisphere ice cap, which probably reflects seasonal variability in accumulation of the ice versus sublimation (going from solid to a gas).

The presence of sand dunes indicates transport of sedimentary materials by wind. Erosion of layering is apparent as a series of undulating ridges at the transition between the layered terrain and the dune field.

Near the top of the image several vents occur where materials from the shallow subsurface are erupted onto the surface.
Written by: John Grotzinger   (4 April 2008) 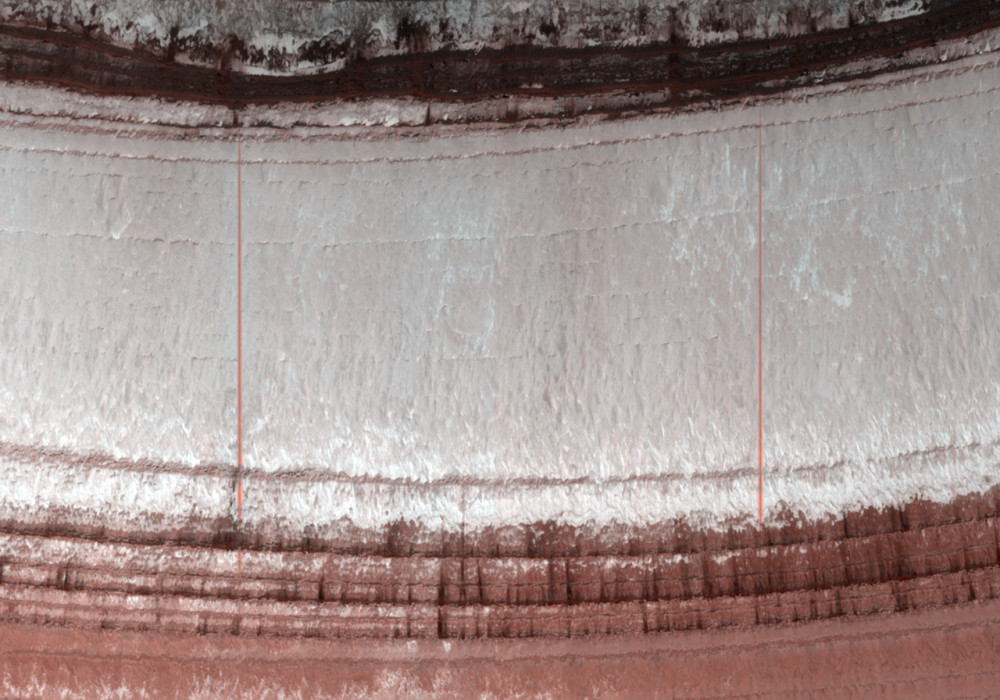