This observation shows the contact between the hematite bearing plains and etched terrain in northern Meridiani Planum.

The hematite bearing plains ( exposed at the bottom left of the full image ) are dark, smooth and full of dune fields. This unit is laterally extensive and the same unit that the Mars Exploration Rover Opportunity was sitting on about 400 kilometers to the southwest (in 2007). Based on observations by Opportunity, this unit is interpreted to be a thin aeolian (wind-blown) mantle of basaltic sand and hematite concretions sitting on the etched terrain.

It is in these etched terrains that CRISM, and previously OMEGA, have detected hydrated sulfates, which makes a sedimentary origin seems most likely for these layered deposits of etched terrain found in Meridiani. 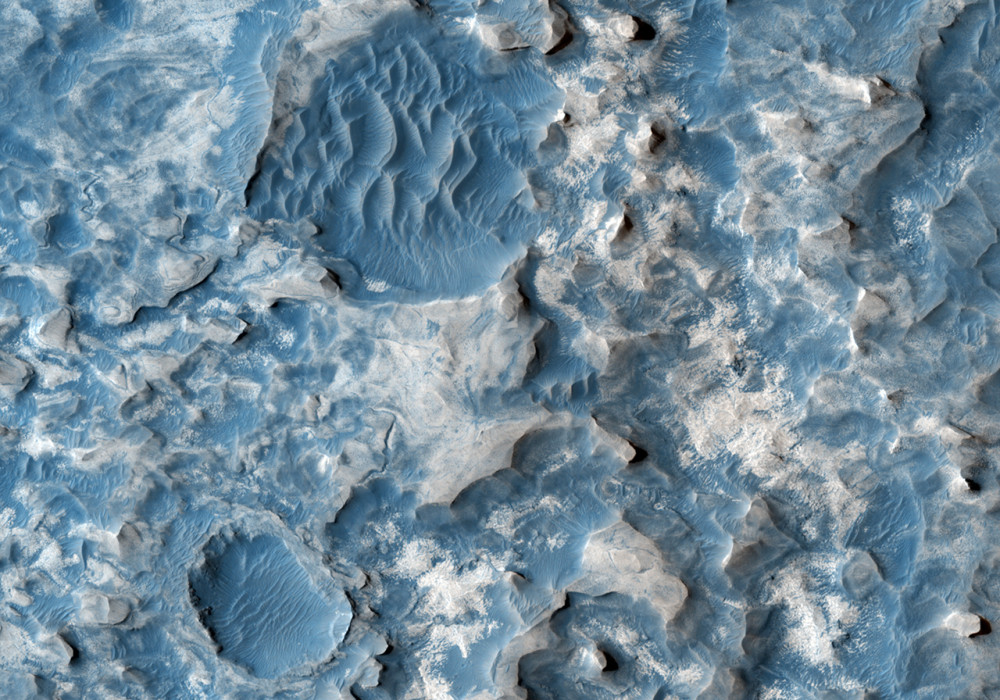