Obstacles and Wakes in Lava

Amazonis Planitia is a broad plain on Mars, covered with ancient lava. This image shows an interesting feature of an old lava flow.

When it was mostly liquid, the lava had a crust of cooled debris floating on the surface. Here, the crust just barely scraped over some hills. The flow was able to make it past the hills, but the rubble crust was caught and piled up, forming thick masses of debris.

Downstream from the hills, there was no crust left and the lava formed a smoother, fresh surface . Observations like this tell us about the scale of the lava flow (which must have been a huge sheet) and also which direction it was moving at the time when the crust interacted with the hills. 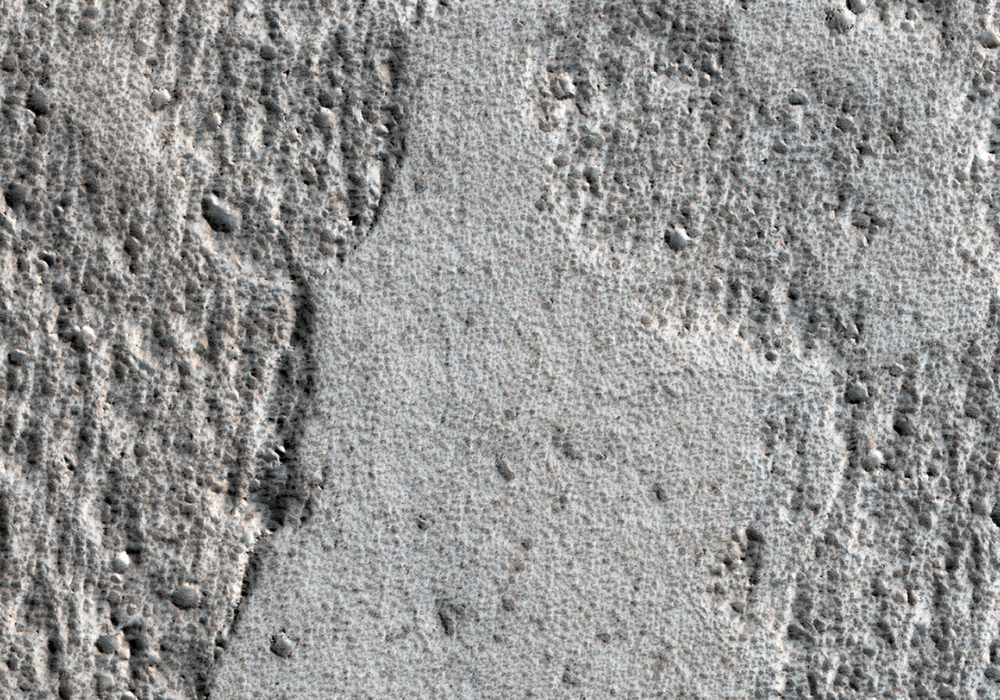