Of Elephants and Floods of Lava

This observation highlights terrain that looks like an elephant . This is a good example of the phenomena ” pareidolia ,” where we see things (such as animals) that aren’t really there.

Actually, this image covers the margin of a lava flow in Elysium Planitia, the youngest flood-lava province on Mars. Flood lavas cover extensive areas, and were once thought to be emplaced extremely rapidly, like a flood of water.

Most lava floods on Earth are emplaced over years to decades, and this is probably true for much of the lava on Mars as well. An elephant can walk away from the slowly advancing flow front. However, there is also evidence for much more rapidly flowing lava on Mars, a true flood of lava. In this instance, maybe this elephant couldn’t run away fast enough.

Be sure to check out the anaglyph ; red over your right eye and blue on the left for the best effect.

Note: the subimage is not map-projected, so approximate North is down. 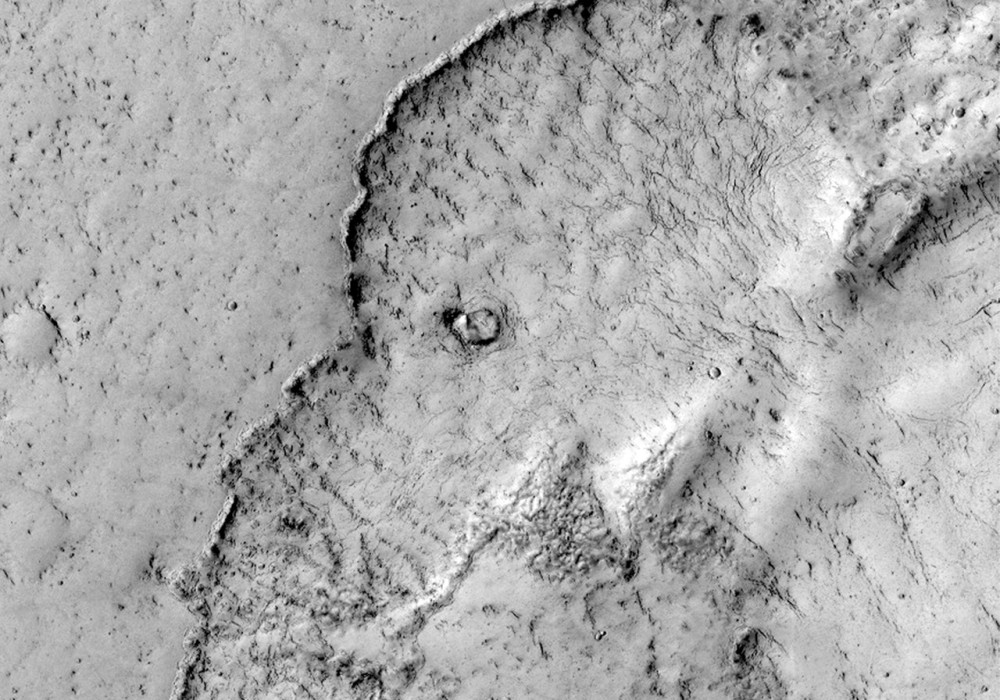