Of Polar Pits and Gullies

This image features the north wall and floor of a polar pit in the southern hemisphere.

The pit wall is sculpted into a row of gullies. Gullies typically have a triangular start upslope, followed by a channel that transported material, and a triangular debris fan downslope. Polar pit gullies might be related to seasonal changes in frost coverage, but their exact origin is currently unknown. The gullies appear bright because they probably have seasonal frost on them.

The pit floor contains a field of dark sand dunes. Wind has transported sand across the Martian surface, and it was deposited in this pit and formed dunes. Some of the sand in the dunes might have come from the gully debris fans or other erosion of the pit wall.

The bright material within the dunes and along the floor is seasonal frost that is probably composed of carbon dioxide and water ice. 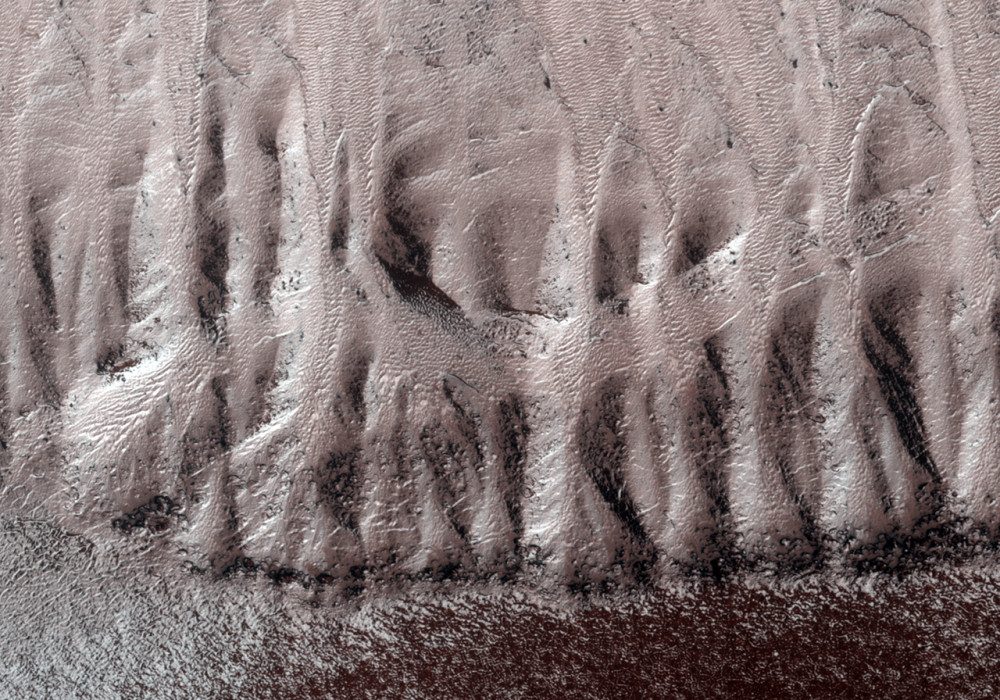