This image covers a portion of a typical impact crater in Terra Sirenum at about 40 degrees south latitude on Mars.

At the top of the image , outside the crater rim, there is a mid-latitude mantle, rough in places where ice may have sublimated. Below the crater rim, on the steep, south-facing slope, are gullies. These are erosional features with depositional fans. Some of the gully fans have a bluish color: these are probably quite recent deposits, less than a few tens of years old.

On the floor of the crater (bottom of this image) are ridges that likely formed from the flow of ice, perhaps a few million years ago. 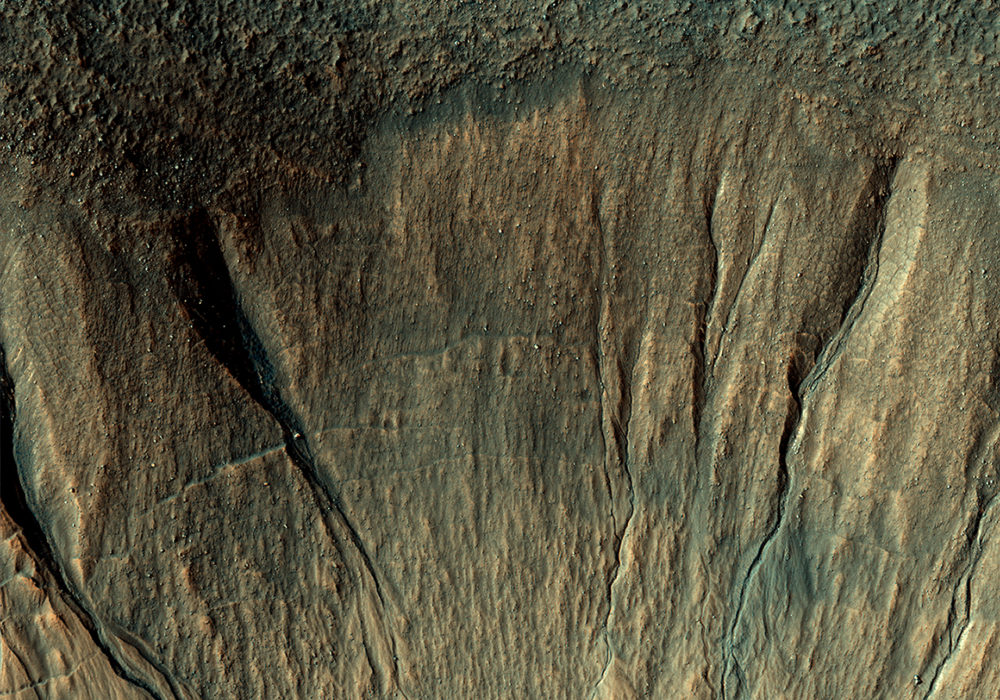