In this image, lower wall rock spurs are found that spread dark materials onto a dune field, suggesting local wall materials are a nearby sediment source for dunes. This subimage shows the interface between wall materials and dunes in the northwest portion of the main image.

Dune sand, wall spurs, and boulders are all partially composed of olivine (according to CRISM data), a common mineral formed in volcanic processes, supporting the notion for local sourcing of dunes.

Olivine is highly susceptible to weathering by aqueous processes indicating these dunes and the wall debris formed after any such activity. Interestingly, clay minerals (known as phyllosilicates) are detected farther up the wall suggesting that aqueous alteration of wall materials has occurred in the ancient past. 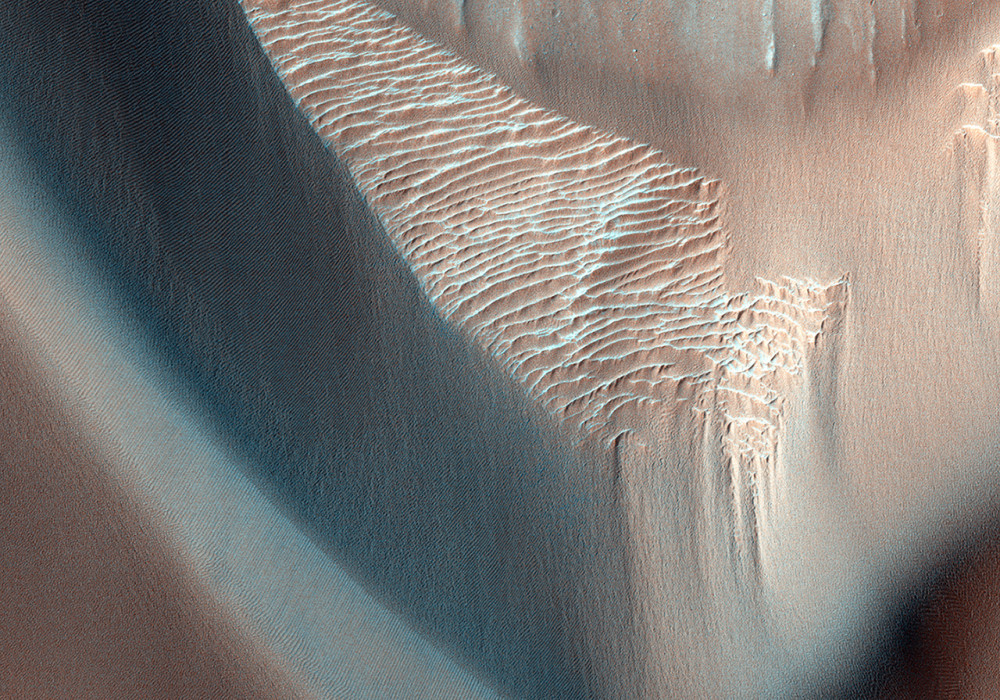