On the Hunt for New Impact Craters

How exactly can we tell if an impact crater is new?

In this observation, we see a dark spot with a larger, rayed “blast zone” that was also apparent in a Context Camera image taken in 2011 (an instrument with a larger footprint than HiRISE and also on the Mars Reconnaissance Orbiter). However, a THEMIS image of the same area acquired in 2009 does not show the dark spot at all.

This is a great example of using three different instruments to view the same area not only to look for changes in the Martian landscape, but also to use the resolution of HiRISE to determine if this is indeed a new impact site. 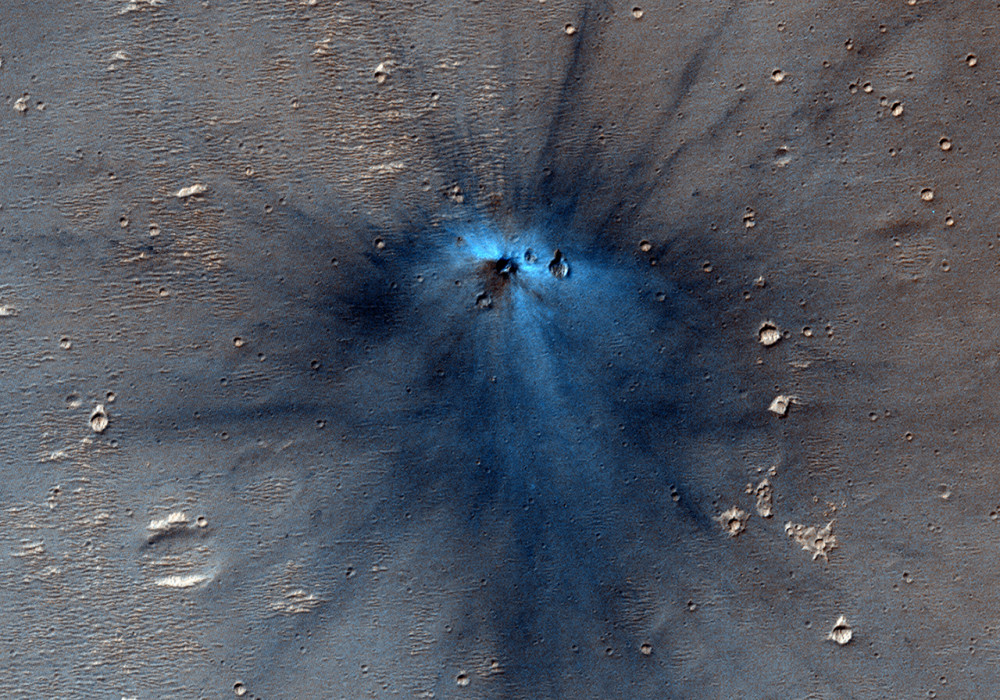