On the Shape of Impact Craters

The shape of a crater can depend on factors including the angle of impact and the pre-impact slope and topography.

This image shows a roughly 3-kilometer impact crater , formed on the sloping walls of Tithonium Chasma, part of the large Valles Marineris canyon system. We can see that this crater is non-circular, measuring about 3 by 4 kilometers. The ejecta—the debris that is generated and thrown out by an impact—will typically distribute itself evenly around the outside of the crater rim where the pre-impact surface is flat and the angle of impact is not too low. However, due to the highly inclined nature of the surface here, the ejecta deposited preferentially downslope, forming a tongue-like deposit.

Additionally, when examining the area around the crater, we see smooth, dark-toned flow-like features superimposed on the ejecta blanket and flowing downslope. These are believed to be composed of impact melt&mdashg;or the mixture of rock and other material that melted upon impact—and flowed down the slope before hardening. These potential impact melt deposits also occur as smooth ponds, which pooled on the surface of a portion of the ejecta that did not escape the crater interior. 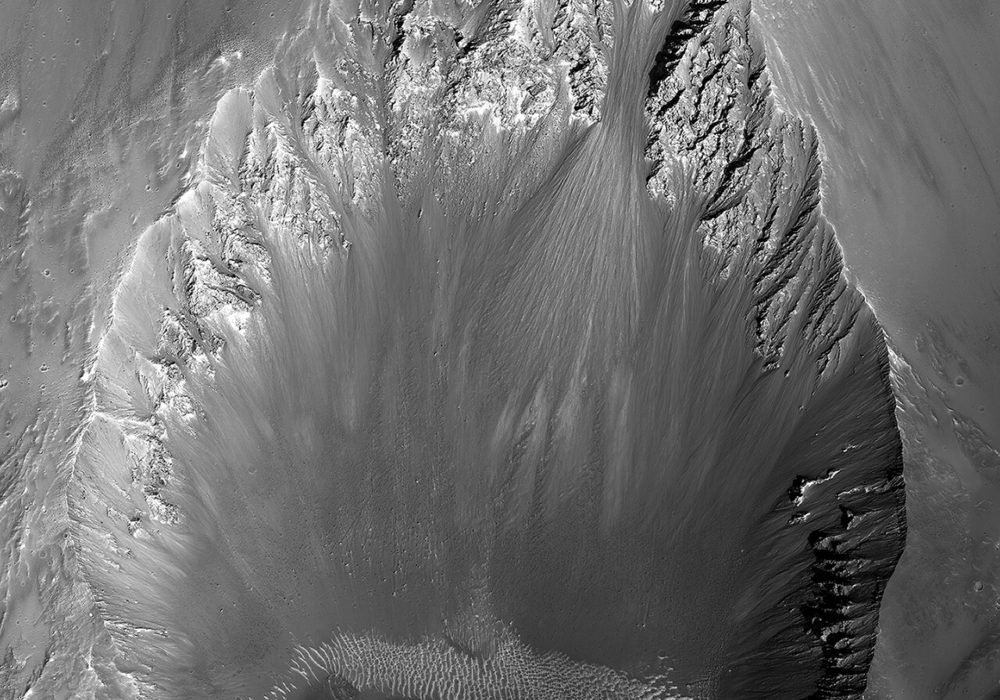