The South Polar terrain of Mars has a landscape unlike anywhere on Earth . In this scene groups of radially-organized channels, informally called “spiders” or more formally “araneiform terrain,” are visible in rows.

Spiders come in many sizes and are thought to be formed by erosion in the Martian spring. In the wintertime a seasonal polar cap composed of dry ice covers the polar region. In the spring, the gas escaping from under the ice erodes the channels in the surface. As the gas escapes into the atmosphere it deposits the material it is carrying, forming the dark splotches and fans we see in this image. 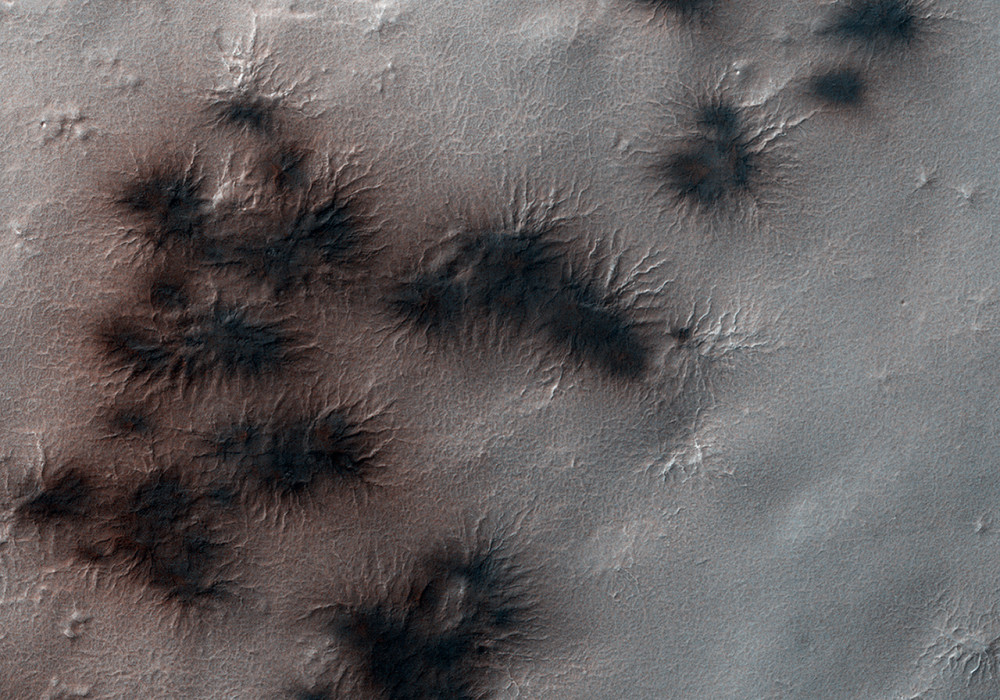