This observation is of the northwest rim of Endeavour Crater, which is the Opportunity rover’s immediate driving goal on Mars. The subimage shows the whitish sulfate sedimentary rocks peeking beneath the dark sand that Opportunity has been driving on, layered material deposited around the crater rim, and the reddish material of the crater rim.

CRISM spectral information indicates a number of different hydrated sulfates in the whitish material beneath the sand and phyllosilicates, or water bearing clay minerals, in the reddish rim. The phyllosilicates are believed to have formed prior to the sulfates, during a wet period that was near neutral acidity (and not like the very acid conditions that formed the sulfates).

Phyllosilicates are the focus of all of the landing sites being considered for the next rover, Mars Science Laboratory, scheduled to launch in late 2011. 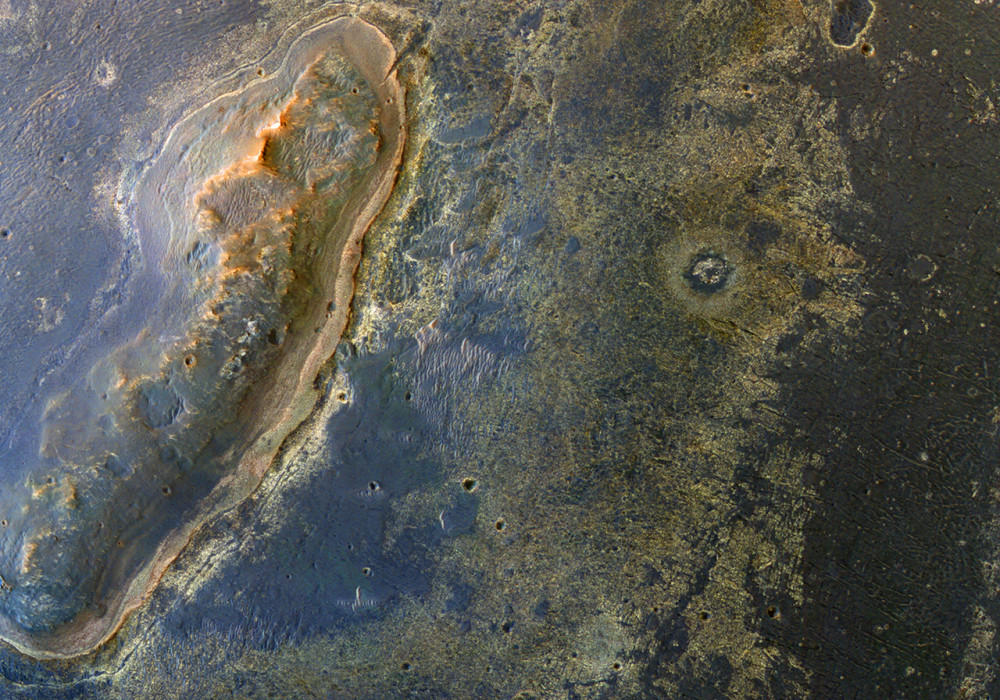