This image, taken by HiRISE, shows the Mars Exploration Rover Opportunity ( at the end of the white arrow ) sitting atop some light toned outcrops on the rim of Endeavour Crater.

Opportunity travelled nearly three years to reach this rim because it contains rocks even more ancient than the rocks of Meridiani Planum, which the rover has been exploring since 2004, and hence may teach us something about an even more ancient era in Martian history. 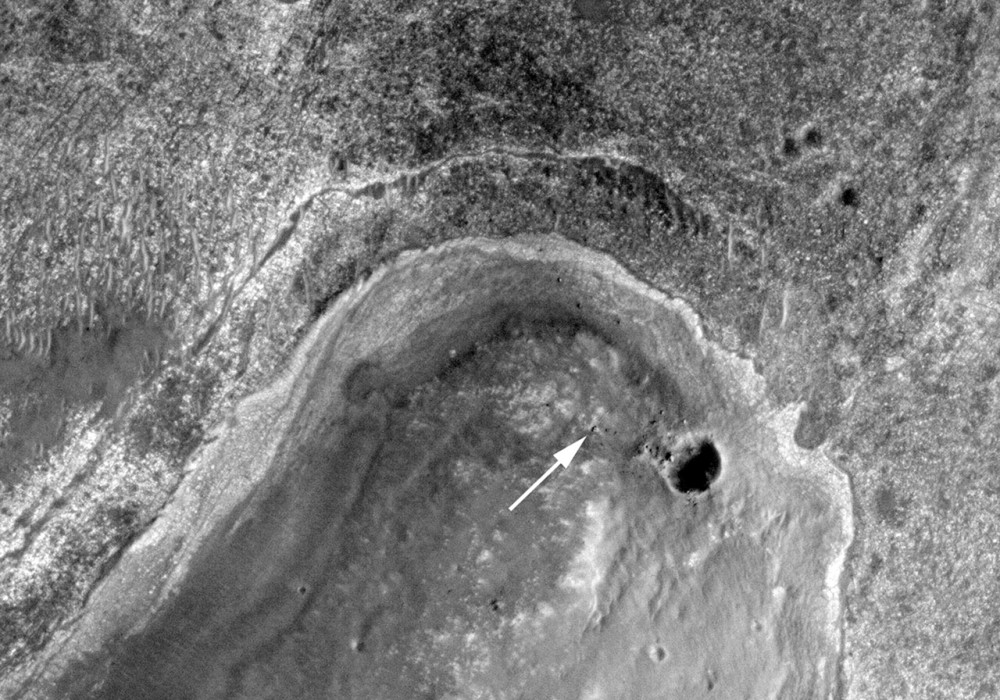