This image shows tracks left by the MER Rover Opportunity as it traversed around the rim of Victoria Crater over the past nine months.

The rover’s tracks are visible as faint parallel lines punctuated by dots where the rover stopped to perform scientific investigations or turned for course corrections or to facilitate communications. The oldest tracks date from September 2006, and extend from the upper left corner of the image to an embayment called Duck Bay. Opportunity then travelled eastwards along the north rim of Victoria, pausing at many of the crater promontories to examine the layered rocks exposed in the cliffs.

In early April 2007, Opportunity crossed a pair of active wind streaks near the eastern end of the image, leaving bright tracks in the dark wind streaks. Scientists hope to monitor the erasure of rover tracks over time as a way to gauge the activity of wind streaks. Opportunity reached the furthest eastward point of the nine-month traverse on 28 April 2007. The rover performed a test of autonomous driving software at this location that produced an arcuate track, and then quickly drove back towards Duck Bay, keeping far from the crater rim. The Opportunity rover can be seen just to the north of Duck Bay, where it will attempt to enter into the crater. 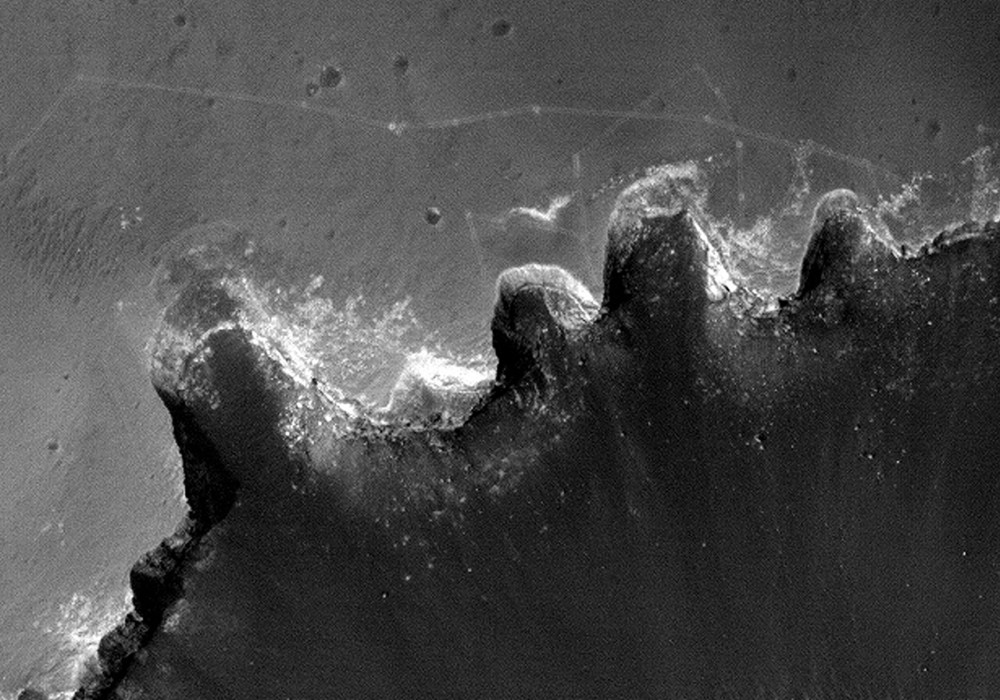