Chaotic terrains on Mars are regions of rugged hills and mesas covering the floors of low areas. They are thought to form by collapse of the original terrain, likely accompanied by massive release of groundwater. Many chaos regions are associated with giant outflow channels carved by massive floods.

This image shows part of the floor of Aurorae Chaos, an irregular region east of Valles Marineris. An interesting feature in this image is the occurrence of some light-toned sediments. These are best visible near the center of the image. Some of the outcrops have thin layers, while others have a peculiar scalloped appearance which might be associated with wind erosion.

These outcrops could indicate deposition of sediments on the floor of the chaos after it formed, but the process itself is not certain. The outcrops were probably protected from erosion by resistant layers; the dark, flat-topped regions in the southern part of the image appear to be the top of a strong layer overlying other rocks.

The light sediments might be more extensive than the visible outcrops, but much of the area is covered by ripples of dark wind-blown sand. These are oriented in many directions, since troughs between large ripples channel the wind at right angles and form smaller secondary ripples. 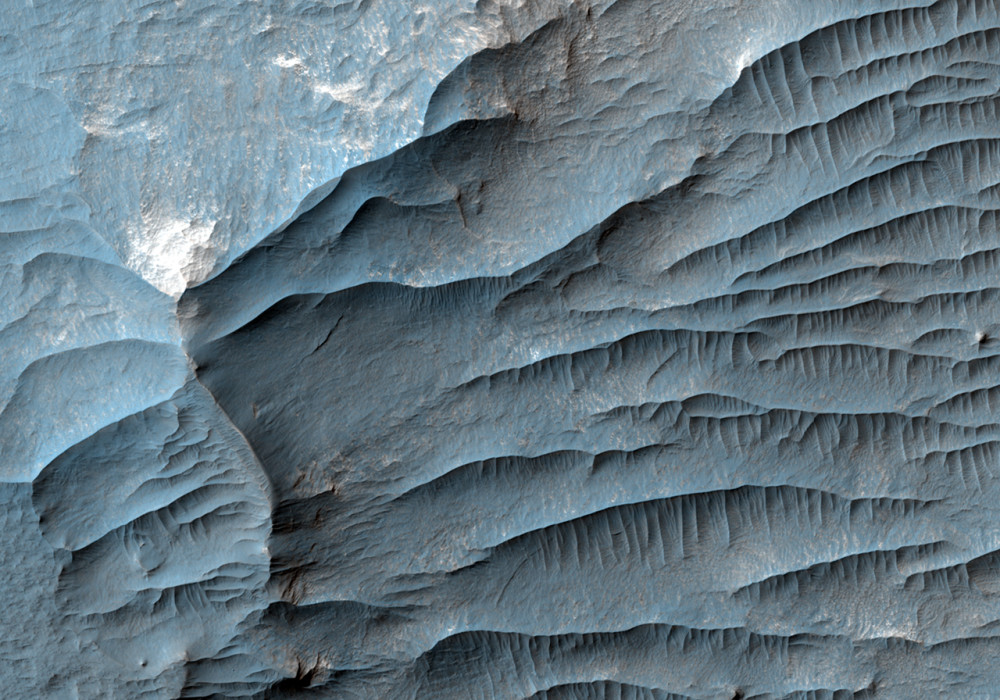