Oxus Patera is an ancient, eroded depression in northern Arabia Terra. It is not known how Oxus Patera formed, though it has been suggested that the feature represents an ancient caldera formed through collapse and explosive volcanism.

Other possibilities include formation by impact and erosion, or collapse due to removal of subsurface volatiles. Regardless of how the massive depression originally formed, there is little doubt that the feature has been modified by younger ice-related processes.

This image shows an unusual landform on the floor of Oxus Patera. Notice an irregular, scalloped contact trending diagonally from southwest to northeast near the center of the image . The terrain in the upper left is likely composed of fine-grained, weakly consolidated materials because it does not form many topographic features within the unit (few mesas, buttes, mountains, etc.). Where it is eroded, it does not form boulders: it appears to be an easily crumbled, blanketing deposit. The terrain in the lower right is very unusual. It contains smooth surfaces marked by small, irregularly shaped cones and fractures that are bounded by upturned ridges. The boundary between the two terrains consists of scalloped fractures that appear to have formed where the terrain in the lower right has detached from the terrain in the upper left, and partially collapsed. 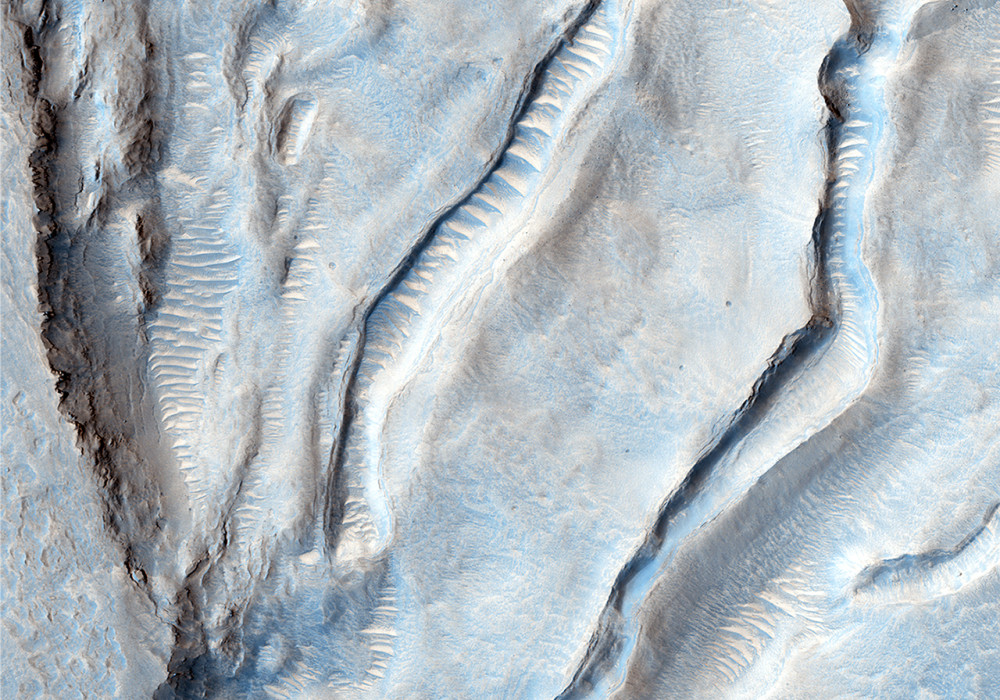