This image shows part of the margin of a pedestal crater. A pedestal crater is a crater with its ejecta standing above the surrounding terrain. These form when an impact crater ejects material which forms a resistant layer. This resistant blanket coats material around the crater, which is thus eroded more slowly than the rest of the region. The result is that both the crater and its ejecta blanket stand above the surroundings.

At this site, only a small part of the edge of the ejecta is visible. The ejecta is eroding, leaving a ragged edge with some detached mesas and buttes. The uppermost layer in the small cliffs is clearly strong and erosion-resistant, as it forms steep and even overhanging edges, ultimately breaking up into boulders which fall down the slopes. This layer armors the underlying material against erosion. Sites like this offer the opportunity to study units of rock that otherwise might have been erased by erosion. 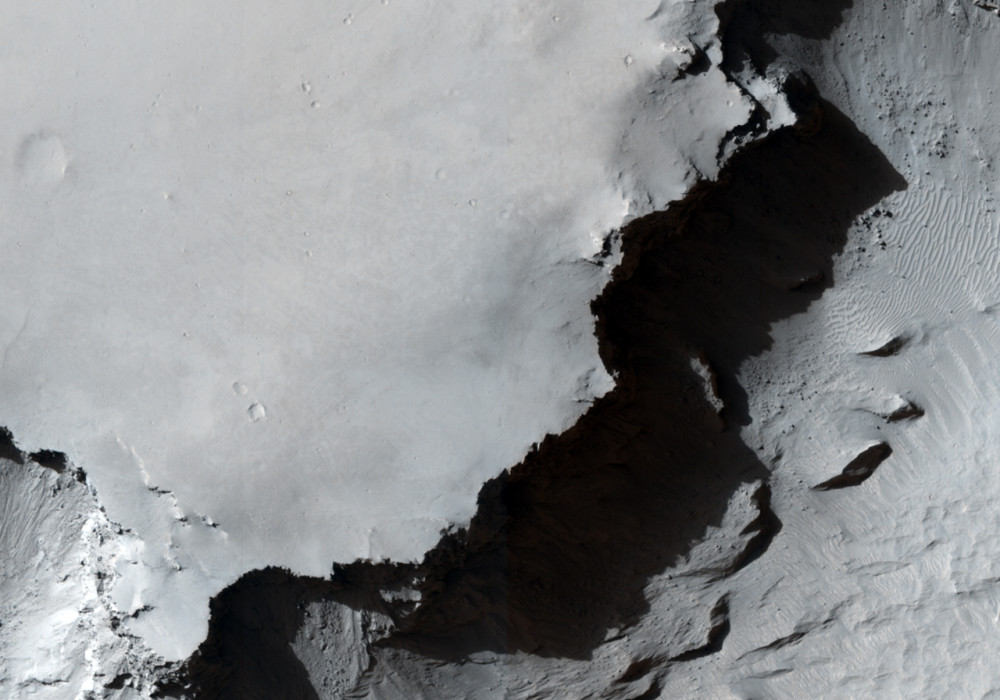