This is one of a series of images to monitor frost patterns at the Phoenix landing site.

The lander and backshell are visible, but not the parachute or the dark halo around the lander which is covered by dust. (Although the lander may appear strange, we have to remember that its solar arrays have collapsed.)

This is the same appearance to the hardware as 1 Mars years ago , in 2010. For views of the lander during the active mission in 2008, see our special releases page . 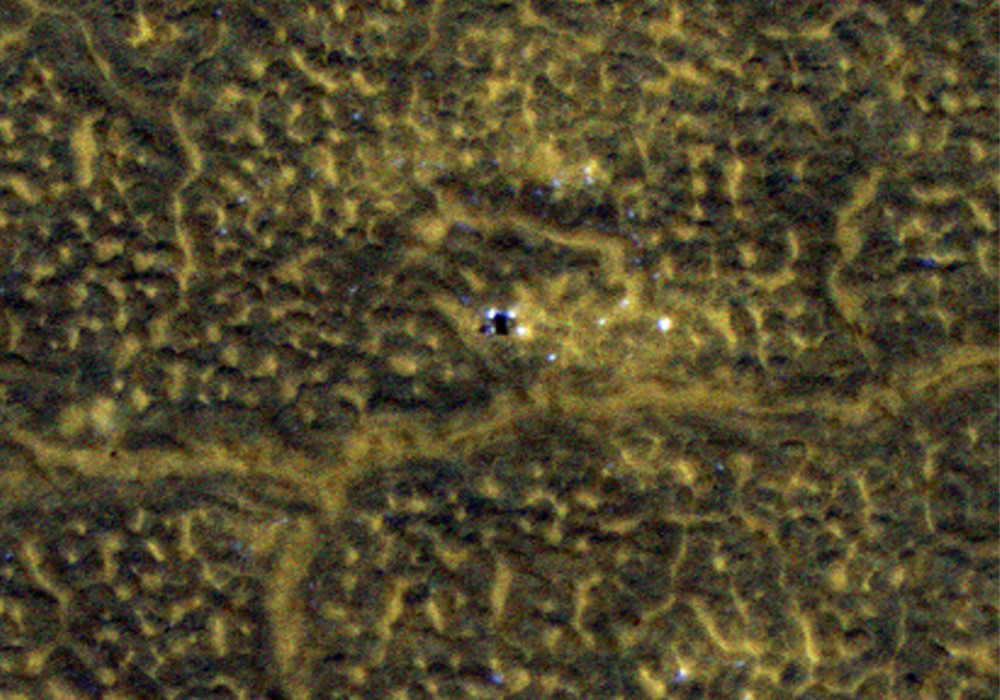