As the Phoenix Lander investigates the Martian surface, HiRISE continues to image it and its surroundings. This scene is oriented with north located approximately down. Illumination is from the upper right.

The false color subimage features three main pieces of hardware. The parachute attached by strings to the backshell is located at the top. To the lower left of the parachute is a large dark splotch and a smaller dark dot. The dark dot is the heat shield that protected the Phoenix Lander during its descent. The dark splotch probably formed where the heat shield first hit the surface. The lander itself is seen near the bottom. The solar panels are seen to extend approximately east-west. It is important to check that they extended fully after landing because they are responsible for powering Phoenix and its science operations. The darkness of the surface surrounding the lander is a result of the thrusters disturbing the soil as Phoenix descended. 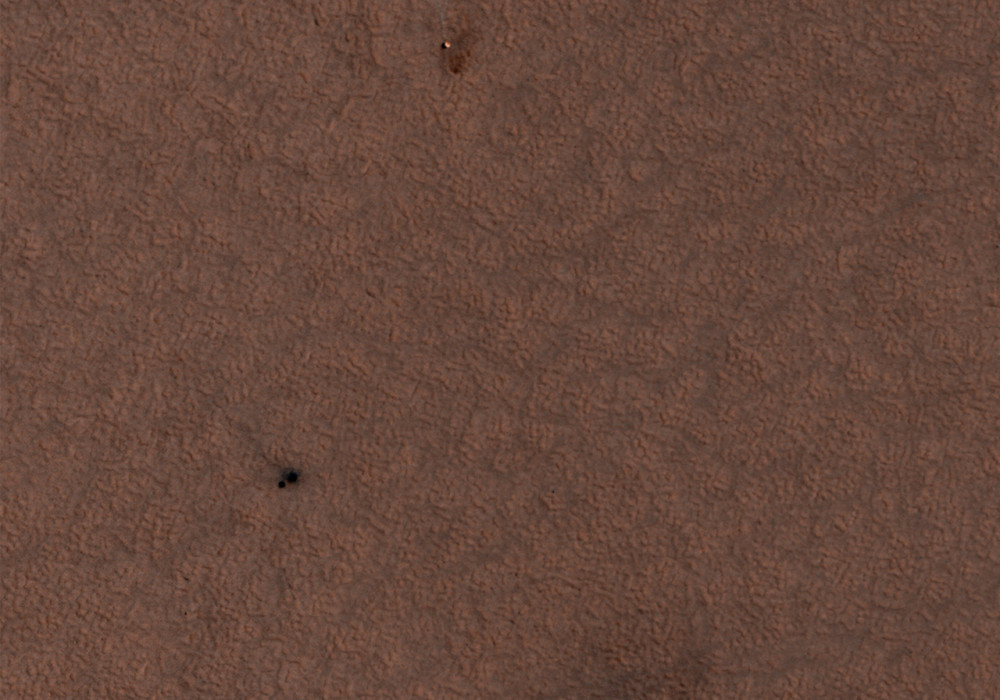