Pit Chains and Concentric Fractures at the Summit of Tyrrhena Patera

They noticed a set of craters around the rim of Tyrrhena Patera. Tyrrhena Patera is a volcano in the southern highlands with shallow slopes, and only 2 kilometers (1.2 miles) of vertical relief. The craters are aligned and are known as pit crater chains. These are common in volcanic regions on Mars.

They are not formed by a meteorite impact, but by collapse into some void space underground. Because the pit crater chains and concentric fractures are generally aligned, these are most likely due to extension in the region, where parts of the Martian crust pull apart during growth of the volcano or emplacement of dikes.

Another way pit crater chains can occur is when lava tubes partially collapse forming chains of holes along the roof of the lava tube. A third possibility is that these may be associated with collapse of the magma chamber. 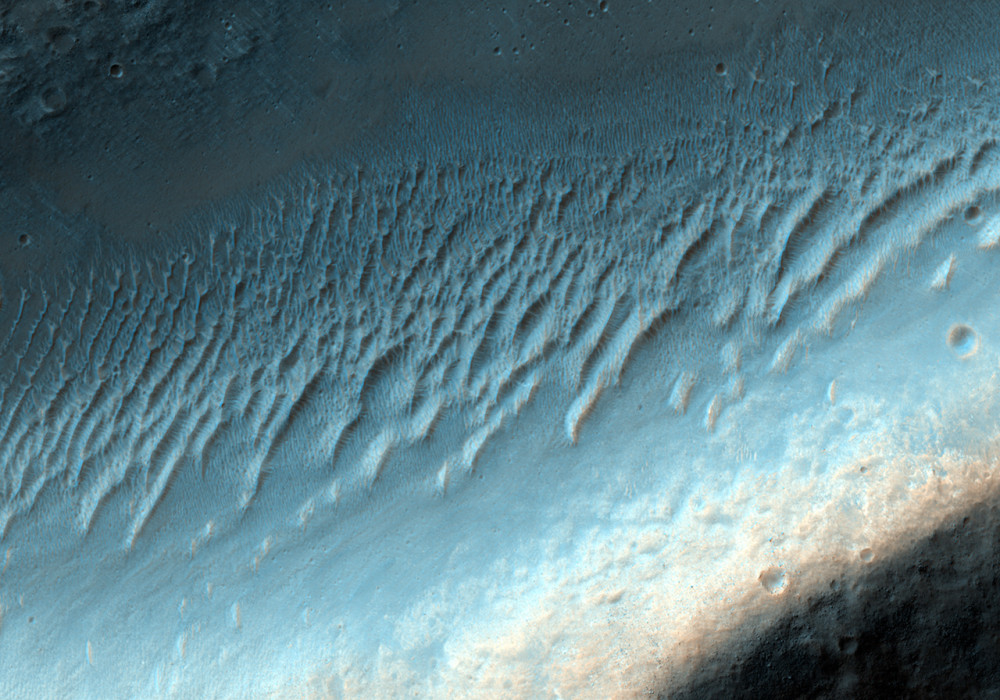