This contains a series of craters called pit chains; however they are not formed by impact craters.

There are a few potential ways that these are formed. The pit craters are believed to form by the collapse of lava tubes or magma chambers. They could also form when the crust of Mars gets pulled apart by extensional forces from a growing volcano magma chamber. This leaves structurally weak areas that have a greater chance of collapsing when the area (lava tubes or magma chamber) no longer contains molten lava or is drained from the chamber.

There is evidence that Mars is not the only planet that has features like these. Earth also has similar pit chains that have formed in Iceland. This chain was formed on a known fault line and the pits formed when the region experienced an earthquake.

This process may be similar to the way the Martian pit chains were formed. If “Marsquakes” are the cause of the formation of pit chains, this will support the idea that there is still geologic (tectonic) activity occurring on Mars. The pit chains that have been found on Earth are considerably smaller than similar features that are found on Mars. Earth’s are smaller due to higher gravity and weathering makes them smaller and at some point completely erasing them from sight. But Mars has no system to create erosion; therefore the chains on Mars are better preserved. 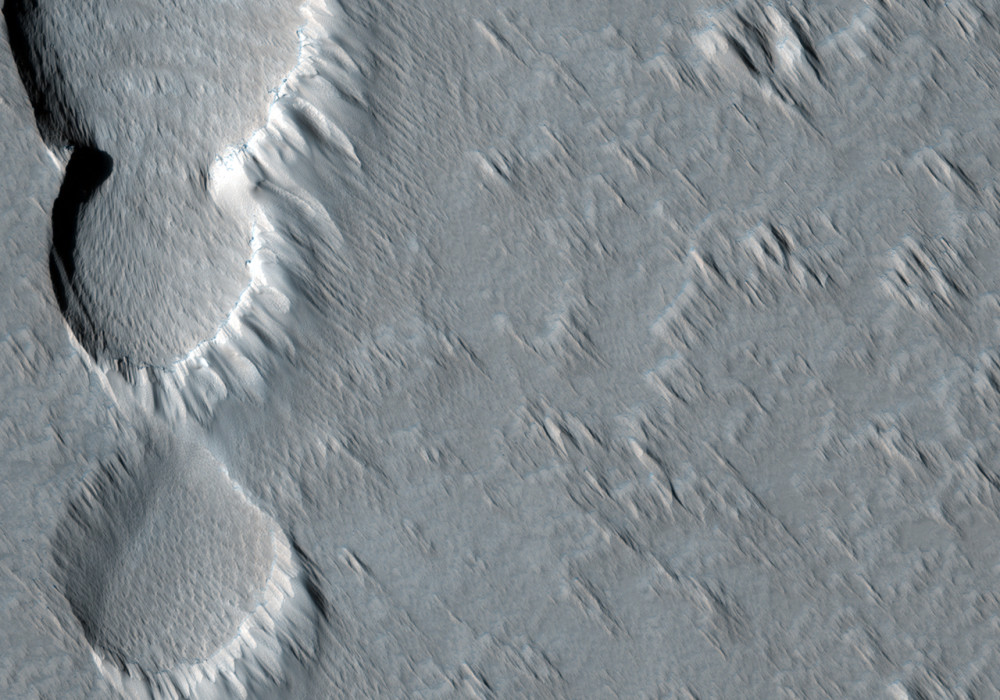