These pits formed through collapse above an underground void. The movement of rock along faults may have created this void deep underground.

Faults are commonly thought of as planar cracks in the ground. In reality, faults have very rough surfaces that can create voids as the rocks slide along the fault. Alternatively, the movement of magma (molten rock) underground may have also created such underground voids. As magma moves underground, it pushes aside the bedrock, making an underground tunnel. This tunnel remains behind as the magma drains away and subsequent collapse can occur into it. A combination of processes may also result in pit crater formation, as faults are pre-made passageways for the magma to move underground.

There is much evidence of faulting in this scene. The series of stair-stepped cliffs are actually faults, with each cliff representing the approximate location of a fault. Thus it seems likely that faults played an important role in the formation of these pit craters.

The role of magma flow in the formation of these pit craters remains unknown. The presence of eruptive vents near these pits would be a clue to the past presence of magma. Such vents are not observed in this image, although the absence of these vents does not rule out magma. Magma does not always erupt at the surface and can remain entirely underground. 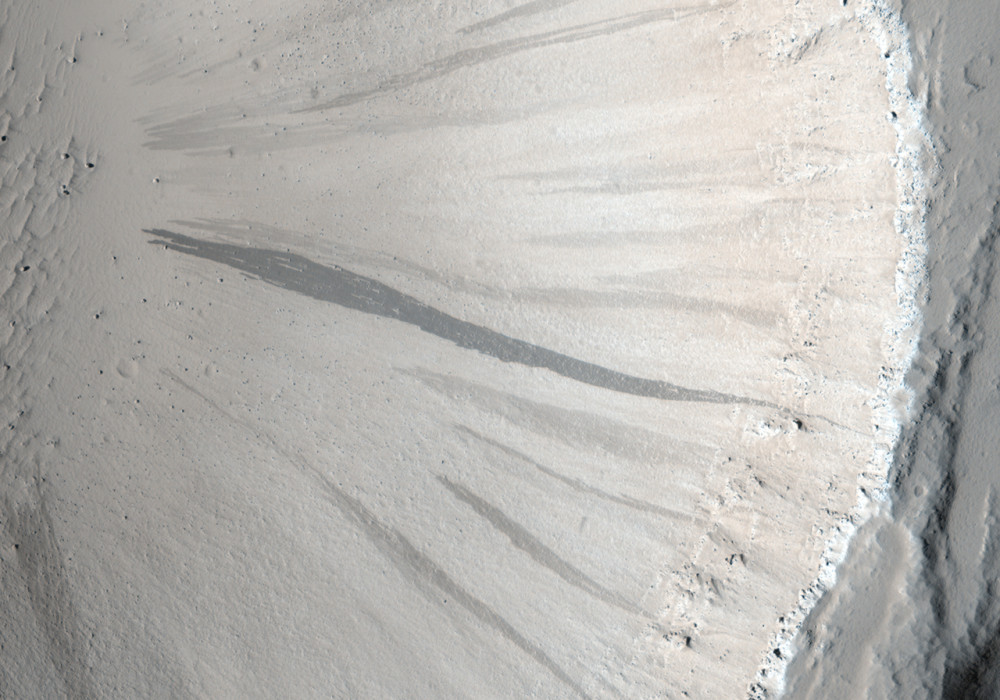