This image shows a pair of pit craters on Alba Patera, a massive volcano on Mars.

The pit craters are the prominent deep features near the center of the image. Most of the other circular holes are impact craters. Pit craters form when material collapses into a subsurface void (commonly on volcanoes, such as Kilauea in Hawai’i). Voids may form on volcanoes when parts of the “plumbing” system transporting lava are drained, or when extension and stretching of the volcano causes gaps below the surface.

Pit craters may resemble impact craters. However, there is evidence that the two large depressions in this image are pit craters. Impact craters as large and deep as these would likely have a raised rim of material ejected during its formation. Erosion of the rim would partially fill the crater, but these are relatively deep despite having no raised rim. Additionally, these pits are roughly aligned with other depressions outside the image, a likely arrangement for pit craters.

Layers exposed around the edges of these craters are likely old lava flows which covered the surface of the region, breaking up into boulders. The uppermost material has no boulders. This is likely a layer of dust (or possibly volcanic ash) which has draped the entire area, obscuring much detail of the volcanic landscape. Written by: Colin Dundas   (13 September 2007) 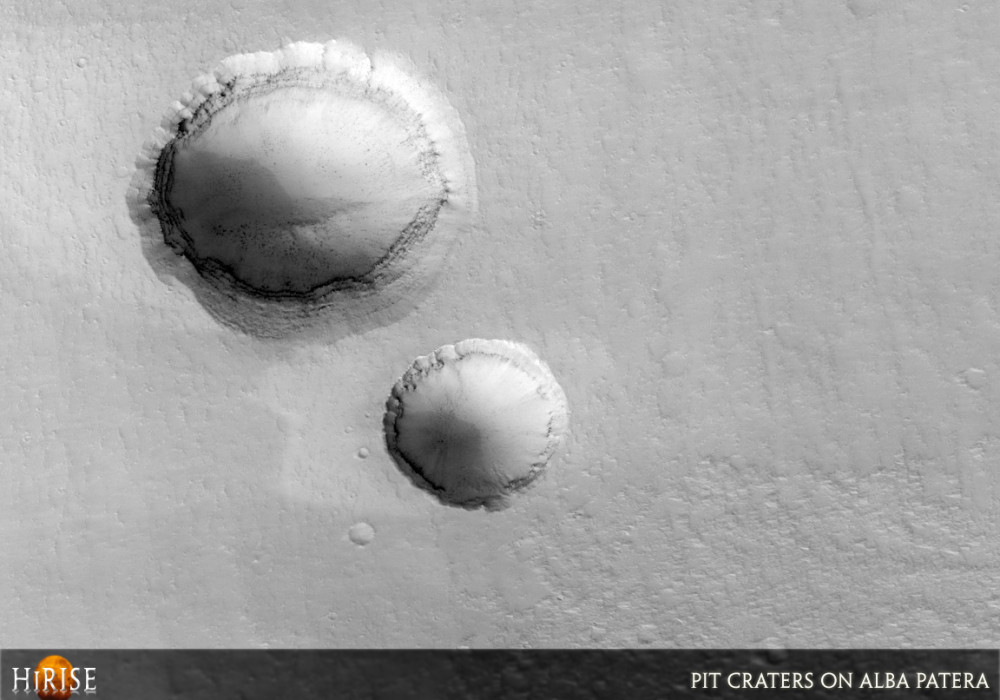