Pit on the Eastern Flank of Pavonis Mons

The students discovered this dark pit feature in a THEMIS image and submitted a HiRISE image suggestion to see a close-up of this feature and determine whether it might be a possible skylight cave.

This image is located on the southeastern flank of Pavonis Mons, a large volcano located in the Tharsis Region of Mars. The dark, circular pit feature roughly in the middle of the image is about 180 meters at its widest diameter.

The pit appears to be surrounded by small sand dunes. Although the western half of the pit is in shadow ( see close-up a ), the large dynamic range of the HiRISE camera allows one to see in the shadows ( see close-up b ). The interior of the pit consists of sediment-covered boulders that range in size from approximately 5 meters (approximately 16 ft) to less than 1 meter (approximately 3 feet) in diameter. The interior region of the pit appears to slope towards the northwest. Such pits may form from collapse of a surface “roof” below which lava may long ago have flowed, or as a result of removal of subsurface material due to erosion or extension. 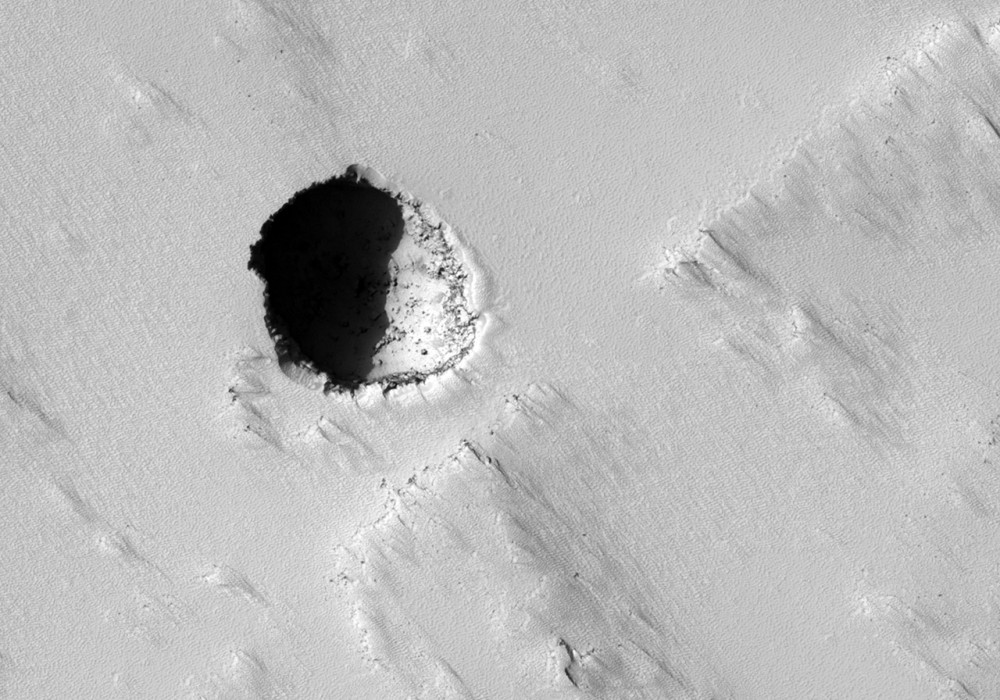